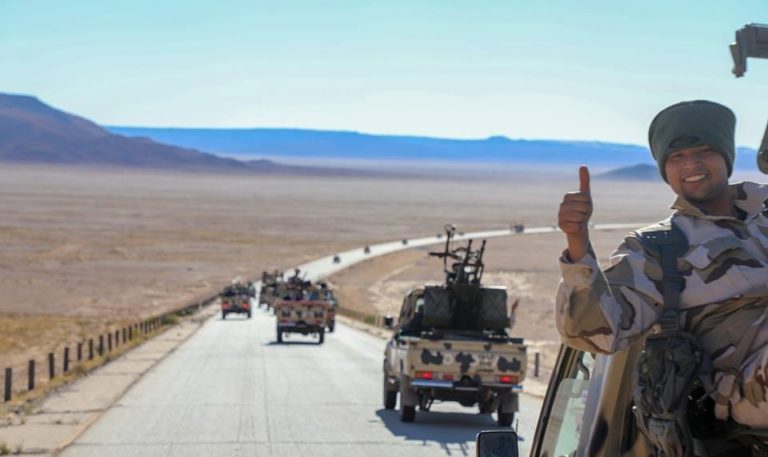 Clashes break out in Libyan capital amid political standoff (VIDEOS)

On August 27, forces loyal to Fathi Bashagha, the interim prime minister of Libya, reached the eastern entrance of Tripoli, where intense clashes broke out a day earlier.

Back in February, Bashagha was selected as prime minister-designate by the eastern-based Libyan House of Representatives. However, Abdul Hamid Dbeibeh, head of the Tripoli-based Government of National Unity, rejected Bashagha’s appointment as prime minister, stating that he will only hand power after a national election.

The forces advanced towards Tripoli set off from the city of Misrata. They are being led Bashagha’s ally Major General Salem Juha. Another ally of the claimed interim prime minister, Major General Osama al-Juwaili, has reported moved its forces in southern Tripoli.

Anticipating a full-blown attack on Tripoli, the Joint Operations Force, which is allied to Dbeibeh, mobilized all of its forces inside and around the capital.

In an attempt to prevent further escalation, the head of Libya’s Presidential Council, Muhammad al-Manfi, ended his official visit to Tunisia, and returned to Tripoli.

Meanwhile, intense clashes continue in Tripoli between local armed factions taking advantage of the political instability in the war-torn country. The Mayor of Tripoli Municipality, Ibrahim Al-Shibli, said that the “situation is tragic” in the areas of al-Zawiya Street, Sidi Khalifa and Bab Ben Ghashir. Medical sources in the capital stated that at least four were killed in the clashes, and confirmed that the number of wounded had risen to 30.

Two days ago, Bashagha reiterated his desire to “enter Tripoli, peacefully, in order to prevent blood shed,” saying that “7 million Libyans are waiting for his government to enter Tripoli in order to receive its headquarters, including the people of the capital.”

Back then, forces loyal to Dbeibeh redeployed in the vicinity of Tripoli International Airport to repel any “potential attack” from the forces affiliated with Bashagha.

The political standoff between Debibeh and Bashagha could eventually escalate into a full-blown military confrontation. Turkey, who maintains forces in Tripoli, will not likely intervene as it has close relations with both leaders. Haftar is also likely to stay on the side, despite his support for Bashagha.