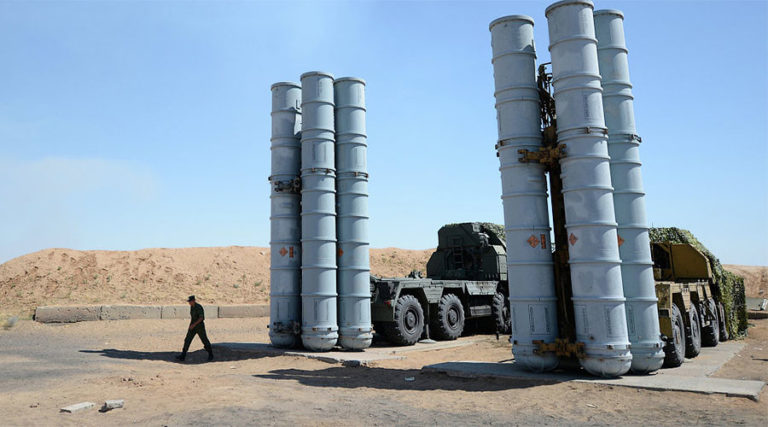 Russia took back an advanced S-300 long-range air-defense system which was handed over to Syria a few years ago, an Israeli satellite intelligence firm revealed on August 26.

ImageSat International (ISI) released satellite images showing that the S-300 system stationed near the town of Masyaf in the western countryside of Syria’s Hama had been shipped back to Russia in recent weeks.

The S-300 system’s main radar was taken to Russia’s Hmeimim Air Base in the southern countryside of Lattakia, while the remaining parts of the system were shipped to the Russian naval base in Tartus port. There, they were loaded onto a Russian vessel, SPARTA II, that later sailed to the Black Sea port of Novorossiysk. ISI said the ship was expected to dock in the Russian port city on August 26.

Syria received three S-300PMU2 air-defense systems from Russia after the downing of a Russian Il-20 intelligence aircraft by Syrian air defense forces which were responding to an Israeli strike over Syrian airspace in September 2018. Russia blamed Israel for the incident, which killed 15 Russian crew members.

Back in July, Israel’s Defense Minister Benny Gantz confirmed that the Russian military opened fire at Israeli fighter jets in May from one of Syria’s S-300 system, at the end of an aerial attack that targeted a military research complex near of Masyaf.

The system was not likely withdrawn because of the incident. ISI assessed that the system was transferred back to Russia in order to strengthen its air defenses amid conflict with Ukraine.

The Russian military has not commented on the issue yet. The withdrawal of the S-300 system could be just a part of the routine rotation of troops and equipment deployed in Syria. It is also possible that the system was taken back for critical maintenance, or much needed upgrades.

The withdrawal of the system will not weaken Russian air defenses in Syria. Several other S-300 and S-400 systems are still deployed between Lattakia, Tartus and Hama.