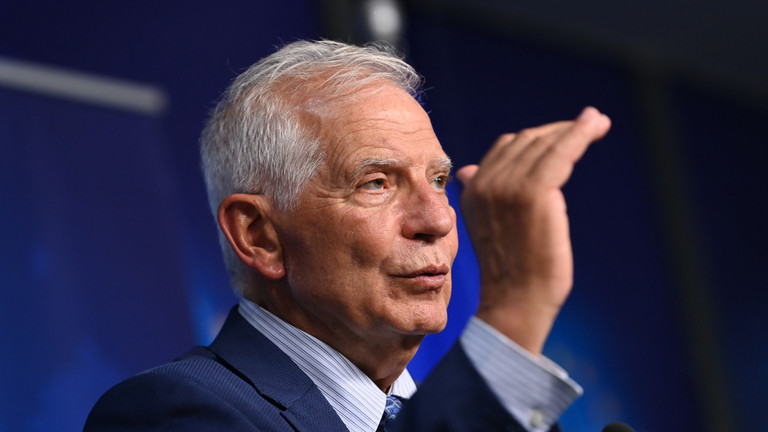 Citizens must be willing to pay the price for freedom, the bloc’s top diplomat insists

The EU will encounter “major challenges” due to the sanctions it imposed on Russia over the conflict in Ukraine, the bloc’s top diplomat, Josep Borrell, has said.

The issue was raised during Borrell’s interview with the Austrian newspaper Kronen Zeitung, with journalists pointing out that many people in their country are “skeptical” about the anti-Russia measures.

The diplomat claimed that the sanctions are working, and that “Russia is in trouble.”

“These are restrictive measures. We’ve limited Russia’s economic possibilities. As long as Russia’s economy is dependent on oil and gas, they’ll be needing our technologies,” he said.

However, Borrell acknowledged that “of course, we are facing major challenges in the short term” because of the sanctions, and “there is no denying that the price of gas is rising.”

According to the diplomat, European citizens “must be willing to pay the price for freedom, because the war in Ukraine isn’t only a war of the Ukrainians, but a war for our freedom.”

Asked if he considered the EU to be a “global superpower,” Borrell replied: “From an economic and moral point of view, yes. Militarily, no.”

“The world has become a dangerous place. The EU members must understand that we have to defend ourselves if necessary and need the tools to do so,” he insisted.

The diplomat clarified that it didn’t mean that a single EU army will be created, but the individual militaries of member states should be better funded and should improve coordination between them.

The Economist magazine wrote earlier this week that “the sanctions war is not going as well as expected.”

Russian GDP will shrink only by 6% in 2022, much less than the projected drop of 15%, the British news outlet pointed out. Moscow would still get some $265 billion from energy sales from redirecting supplies to the Asian markets, while the country’s financial system was also able to stabilize, it added.

At the same time, the energy crisis, which has been provoked by the sanctions war, “may trigger a recession” in Europe, The Economist warned.

The Washington Post has also acknowledged this week that the harsh restrictions have failed to cause the collapse of Russian economy that many Western leaders hoped for.