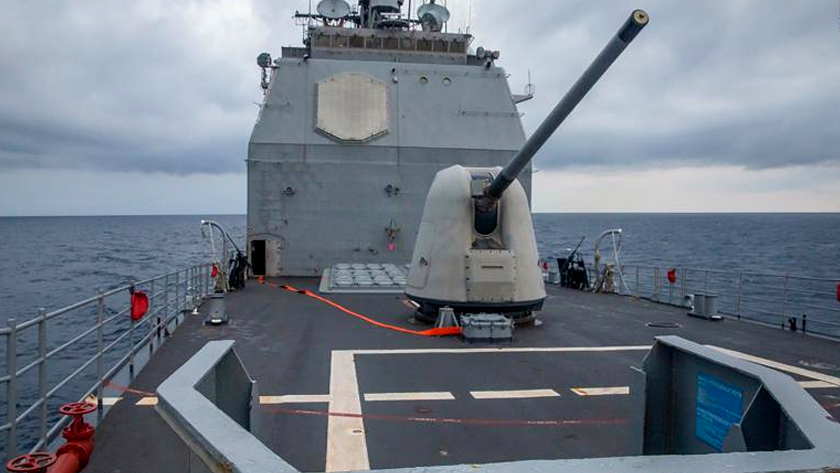 US has sent two warships through the Taiwan Strait, further escalating tensions with China following the controversial visit of the US house speaker to the Chinese Taipei.

Two United States Navy warships have entered the Taiwan Strait in what is the first US naval transit in the waterway since US-China tensions spiked this month over a visit to the island by House Speaker Nancy Pelosi.

The guided-missile cruisers USS Antietam and USS Chancellorsville were on Sunday making the voyage “through waters where high seas freedoms of navigation and overflight apply in accordance with international law,” the US 7th Fleet in Japan said in a statement, according to CNN.

It said the transit was “ongoing” and that there had been “no interference from foreign military forces so far.”

“These ships (are transiting) through a corridor in the strait that is beyond the territorial sea of any coastal state. The ships’ transit through the Taiwan Strait demonstrates the United States’ commitment to a free and open Indo-Pacific. The United States military flies, sails, and operates anywhere international law allows,” it said.

The Chinese military’s Eastern Theater Command said it was monitoring the two ships, maintaining a high alert and was “ready to thwart any provocation.”

Meanwhile, China has reportedly conducted military exercises around Taiwan as tensions grow over US provocations, including visits by top American officials to Taipei.

China has sovereignty over Taipei, and under the internationally-recognized “one-China” policy, nearly all countries recognize that sovereignty, meaning that they would not establish diplomatic contact with its secessionist government.