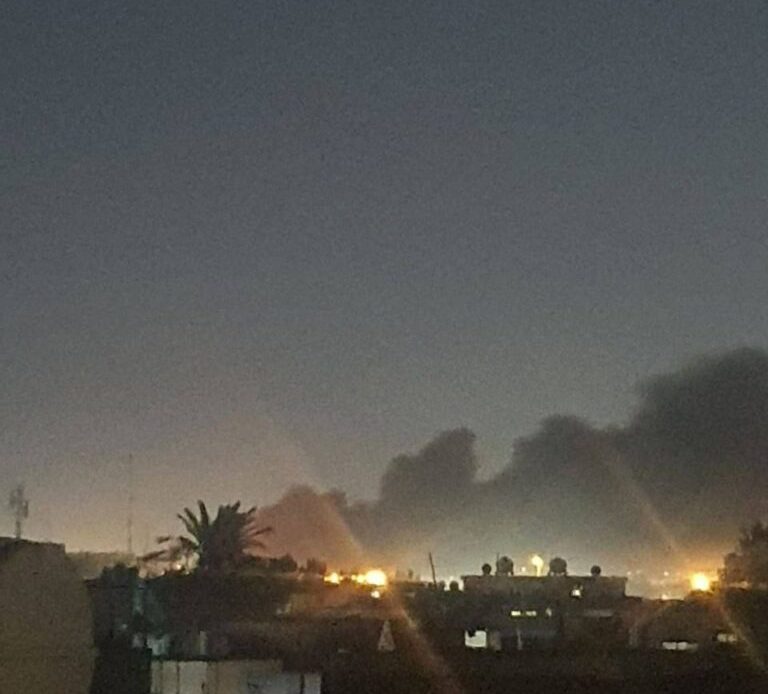 The US denied reports that said it was evacuating its embassy

The Sadrists clashed with Iraqi security forces and rival militias. According to The Associated Press, as of Monday night in Baghdad, at least 15 protesters have been killed in the clashes.

Middle East Eye reported that rockets were consistently falling in the Green Zone late Monday night and that fighting was spreading across Iraq, with heavy gunfire reported in the southern city of Basra.

The US embassy is located in the Green Zone, and a shell landed near the facility during the fighting. The US called for “dialogue” amid the clashes and denied reports that said it was evacuating its embassy in Baghdad. “Reports of an Embassy evacuation are false,” a White House official said.

Sources told MEE that Sadr has called for an end to the fighting and went on a hunger strike until the violence and the use of weapons stops. “Everything will be calm soon. By an hour or two the news (of the hunger strike) will reach all our fighters and everyone will go back home,” said a commander of Saraya al-Salam, a militia linked to Sadr.

Iraq has been stuck in a political deadlock since the October 2021 elections. The pro-Sadr faction won the most seats in parliament but failed to form a coalition government.

Sadr’s party couldn’t form a government without a rival Iran-linked Shia faction, known as the State of Law. Sadr refused to work with the group and ordered his MPs to withdraw from parliament, which they did back in June, giving up 73 seats. Since then, Sadr’s supporters have staged sit-ins near government buildings and stormed the parliament.

Sadr refuses to work with the Iran-aligned Shia factions because he says it would go against his promise to root out corruption. He is more independence-minded and does not want to run a government beholden to the US or Iran. While the crisis has been brewing for months, violence didn’t erupt until Sadr’s announcement on Monday.