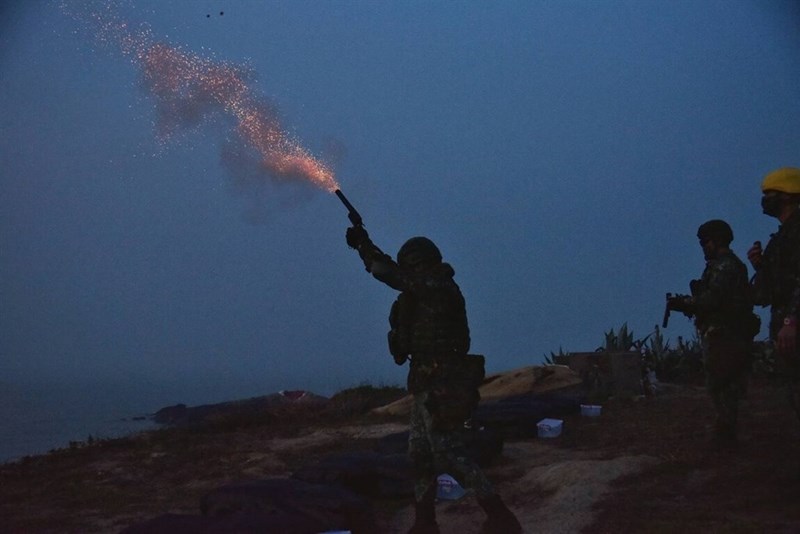 Taiwan has vowed to take “counter-attack” measures in case China enters its territory, as it announced firing warning shots at a Chinese drone over its region.

The Army Kinmen Command claimed that soldiers shot at a Chinese drone for the first time on Tuesday afternoon, adding that the autonomous and uncrewed vehicle then left for Xiamen.

Tensions have been on the rise on the island of Taiwan after Nancy Pelosi, the speaker of the US House of Representatives, traveled to the region on August 2, despite warnings from Chinese authorities that the trip, according to the latter, violated the “One China” policy.

Less than two weeks after Pelosi’s trip came to an end, a delegation of 5 US senators visited the island in what seemed to be another provocative action.

In response to Washington’s behavior, the spokesperson of the Chinese Embassy in Washington urged the US government to immediately stop the supply of military weapons to Taiwan, in light of the most recent request by US President Joe Biden for an estimated $1.1 billion in arms sales to provide for Taiwan.

On Wednesday, Taiwan released a statement that it would exercise its right to “self-defense” and “counter-attack” in case Chinese armed forces entered its territory, while Beijing increased military activities and held military exercises near the island, which also held precautionary drills this month as House Speaker Pelosi paid a visit to Taipei – the first visit in 25 years by a US official.

Beijing, which claims Taiwan as its own territory against strong objections by the Taipei government, has not commented on Taiwan’s statement.

According to Taiwanese officials, China’s “high intensity” military patrols near Taiwan continued and Beijing’s objective of making the Taiwan Strait its “inner sea” separating the two sides would cause even more significant instability in the region.

Lin Wen-Huang, deputy chief of the general staff for operations and planning, announced to reporters at a news briefing, “For aircraft and ships that entered our sea and air territory of 12 nautical miles, the national army will exercise the right to self-defense and counter-attack without exception”, adding a comment that the military will use the same right to “counter-attack” Chinese drones that did not comply to warnings to leave its territory after posing threats.

Taiwan has complained of Chinese drones frequently flying close to its small series of islands near China’s coast, and on Tuesday, shortly after President Tsai Ing-wen ordered her military to resort to “strong countermeasures” against what she labeled as Chinese provocations, warning shots were fired at a Chinese drone for the first time.

Complaints were dismissed by China’s Foreign Ministry this week from Taiwan regarding the drones as “not worth fussing about.”

However and in the same Ministry briefing, Ma Cheng-Kun, a director from the military academy National Defence University, said China might advance to reject the passage of foreign naval ships through the strait without its approval. US warships and those from nations such as Britain and Canada have frequently sailed through the strait in recent years, including two US Navy warships last week that caused alarm in the region.

Cheng-Kun said, “After the new military normal status has been consolidated, then the risk of collision will increase if foreign naval ships insist on the rights of navigation and freedom.” US navy ships USS Antietam and USS Chancellorsville passed through the Taiwan Strait on Sunday, through waters “where high seas freedoms of navigation and overflight apply in accordance with international law,” according to the US seventh fleet.

China responded by putting its armed forces on high alert to try and prevent any provocations, the People’s Liberation Army said.