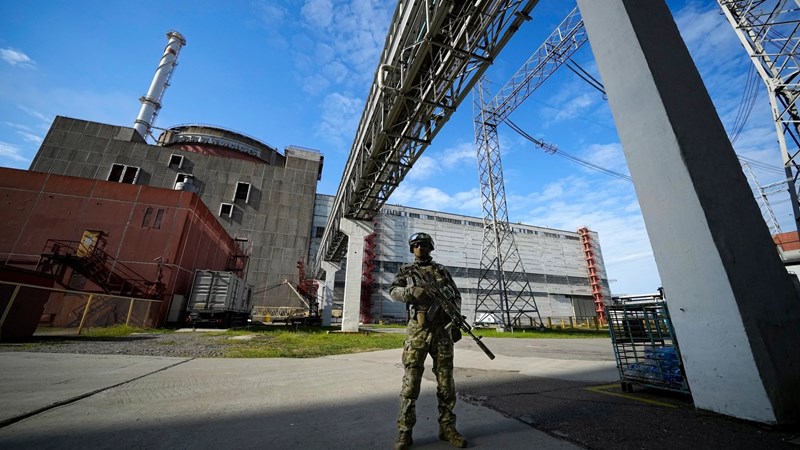 A Ukrainian sabotage group, detained in Enerhodar, was plotting a terrorist attack at the Zaporozhye NPP.

A Ukrainian sabotage group was plotting a terrorist attack at the Zaporozhye nuclear power plant during the visit of the IAEA expert mission to show that Russia is unable to provide security, Vladimir Rogov, a member of the main council of the regional administration, told Sputnik on Wednesday.

“According to preliminary data, the terrorist attack was being prepared during the visit of the IAEA delegation to show the situation is not under control and that Russia could not provide security,” Rogov said.

A Ukrainian sabotage group, which was plotting a terrorist attack at the Zaporozhye nuclear power plant, has been detained in Enerhodar, Vladimir Rogov, a member of the main council of the Zaporozhye region military-civil administration, said on Wednesday.

“A group of Ukrainian saboteurs who were preparing a terrorist attack at the Zaporizhzhia nuclear power plant was detained,” Rogov told Sputnik.

The UN atomic watchdog’s director said an inspection team from the International Atomic Energy Agency (IAEA) is heading on Wednesday to the Russian Zaporozhye nuclear power plant in southern Ukraine.

“We are now finally moving after six months of… efforts. The IAEA is moving into the Zaporozhye nuclear power plant,” IAEA chief Rafael Grossi told reporters in Kiev before setting off.

The Reuters news agency reported citing its witness at the scene that an International Atomic Energy Agency (IAEA) car convoy set off from the Ukrainian capital Kiev toward Zaporozhye NPP.

A trip by an International Atomic Energy Agency (IAEA) delegation to Zaporozhye nuclear power plant (NPP) through Kiev and then across the contact line will be very dangerous, asserted Igor Vishnevetsky, the Deputy Director of the Department for Non-Proliferation and Arms Control at the Russian Foreign Ministry on August 23.

Commenting on statements made in Kiev that the purpose of the inspectors’ visit is the demilitarization of the NPP, Vishnevetsky argued, “The IAEA is not engaged in demilitarization and security. It has a clear mandate, which is the implementation of IAEA guarantees,” adding, “This is just an irresponsible statement.