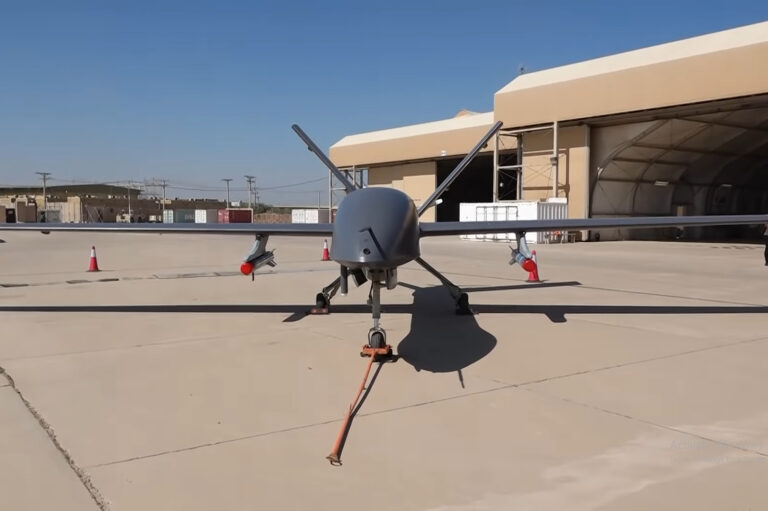 Early on September 1, a Chinese-made CASC CH-4 combat drone of the Iraqi Air Force (IQAF) crashed near Balad Air Base in the northern Iraqi province of Saladin.

The drone crashed into a house in the town of Yathrib. The violent crash wrecked the house and started a fire. However, the residents of the house survived with some minor injuries. Iraqi security sources said that the drone was about to land in Balad Air Base when it faced a sudden technical failure.

The CH-4B, which was designed to carry out reconnaissance and combat missions, has an endurance of 30 to 40 hours and an operational range of up to 150 kilometers. The IQAF received an unknown number of CH-4Bs from China early in 2015. Back then, the drones were quickly put in use against ISIS. However, they were later passed out of service due to maintenance problems.

On 5 October of last year, Iraqi Joint Headquarters Chief of Staff, Staff Lt. Gen. Abdul Amir Rasheed Yarallah announced during a visit to Balad Air Base that the IQAF is working to reactivate its CH-4B combat drones in order to use them against ISIS cells.

The first combat drone to be brought back to service was presented during an official ceremony that was held at Balad Air Base on August 8. The drone was showcased with AR-1 laser-guided missiles and FT-9 satellite-guided glide bombs.

The CH-4B which crashed in Yathrib may be the same one that was brought back to service last month or another one that was still under test.

Iraq is planning to use its small fleet of CH-4Bs to target ISIS cells throughout the country. These combat drones can for sure provide the Iraqi military, intelligence and security forces with better reconnaissance capabilities and rapid close air support.