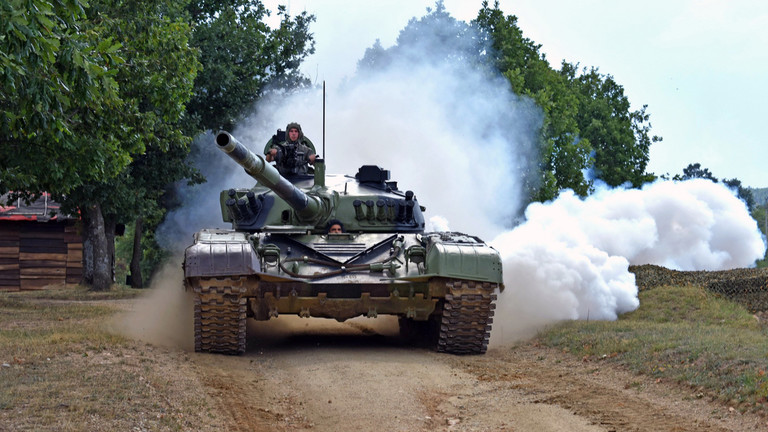 Serbian Army units kicked off exercises near the administrative boundary with Kosovo on Wednesday. Though their timing coincides with the deadline given by Pristina authorities for implementing the controversial ban on Serbian documents, Belgrade insists the drills are entirely routine.

“The training is carried out to preserve the high level of combat readiness of the units involved, and their capability to, if needed, quickly react to establish peace and security along the administrative line,” the Serbian Defense Ministry said in a statement.

“Particular attention is paid to drills simulating an attack on the unit and the tactics, techniques and procedures to stop illegal crossings, extremist group operations and organized crime,” the military in Belgrade added.

Local residents have reported sightings of trucks, armored vehicles, and even tanks near Raska and Novi Pazar, cities nearest to the two administrative crossings with the breakaway province, where ethnic Albanian authorities tried to interdict traffic with Serbian documents last month.

Belgrade and Pristina have since negotiated a compromise on other documents, but the government of Albin Kurti is adamant that Serbian license plates and ID cards have got to go, starting September 1.

Several Western military attaches had requested access to Serbian military bases in Raska and Novi Pazar over the weekend, but Serbian President Aleksandar Vucic told reporters he declined to give them permission.

“I didn’t allow it. If we decide to put on some show, then they can see what we have,” he said, while attending joint police and military drills dubbed ‘North Wind 2022’ in eastern Serbia.

NATO occupied Kosovo in 1999, after a 78-day air war against Serbia. The province unilaterally declared independence in 2008, and has been recognized by the US and its allies – but not by about half the world, including Belgrade, Russia, China, and several EU member countries. Vucic is currently pursuing a policy of military neutrality and not imposing sanctions on Russia, while attempting to join the EU.