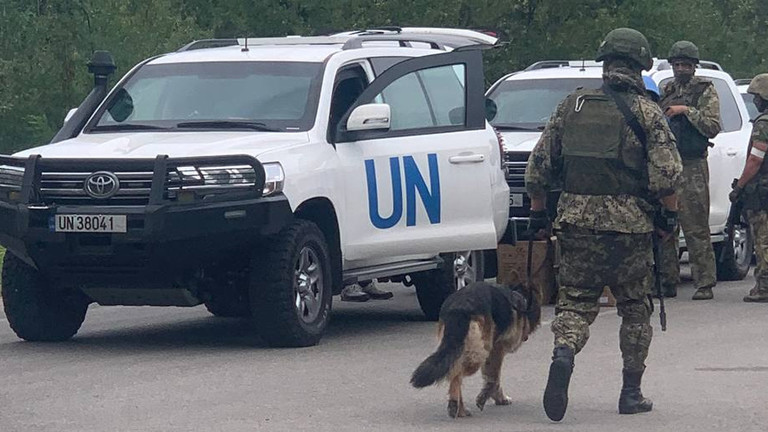 The Russian news agency RIA Novosti published a video of the convoy with UN experts arriving at Europe’s largest nuclear facility on Thursday.

The visit comes hours after the Russian Defense Ministry accused Kiev of dispatching commandos in an attempt to seize the plant. According to Russian officials, the attack has been repelled.

Russian troops took control of the facility shortly after Moscow launched its military operation in the neighboring country. As the plant continued to operate with local staff, Russia and Ukraine have accused each other of firing shells and missiles dangerously close to its reactors.

International experts led by IAEA chief Rafael Mariano Grossi are planning to assess the situation on the ground and examine the damage done to the plant.