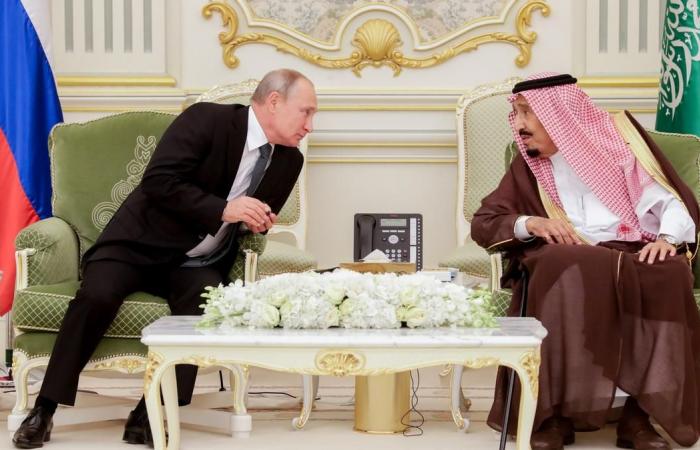 OPEC with Russian cooperation has kept the alliance together

The Organization of Petroleum Exporting Countries (OPEC) is headed by Secretary General Haitham Al Ghais, who said on August 18 that the OPEC+ oil production deal wants to keep Russia part of the alliance beyond 2022.

“We would love to extend the deal with Russia and the other non-OPEC producers … it’s very hard for me to imagine that the deal will not continue,” Al Ghais said.

“This is a long-term relationship that encompasses broader and more comprehensive forms of communication and cooperation between 23 countries. It’s not just in terms of production adjustment,” he said.

Oil production has gradually increased in Russia in the wake of Western sanctions, and Asian buyers have boosted sales.  Forecasts for output and exports by Moscow have increased until the close of 2025.

Russia, along with OPEC and its allies, has cooperated closely on oil production policy in the face of Western-imposed sanctions on Russia following the ‘special military operation’ in Ukraine which began in February.  The West, led by the US-NATO collusion, has used oil as a political weapon.

On September 5, a reduction in global crude oil output by 100,000 b/d in October was agreed upon by OPEC+ and its Russian allies, which was characterized by the Saudi-led cartel as a proactive move to stabilize the market and aimed at stopping a slide in oil prices.

This marks the first cut in production in more than a year by OPEC+ and its 23-member alliance, but only amounts to 0.1 % of global demand.  The last cut was huge in the face of crashing oil prices due to the COVID-19 pandemic.

On September 2, the Group of Seven (G7) industrialized powers said it would put a price cap on Russian oil in December. The G7 is attempting to change the dynamic of oil prices by forming a buyers’ alliance.

Dmitry Peskov, the spokesperson for the Kremlin, threatened Russia would retaliate if the G7 imposed any price cap.

“Any actions to impose a price cap will lead to a deficit on (initiating countries’) own markets and will increase price volatility,” Russia’s Energy Minister Nikolay Shulginov said on the sidelines of the forum in Vladivostok.

In response to the threatened price cap to begin on December 5 and February 5, 2023, Russia will increase its shipments of oil to Asia.

Randy Ollenberger, a BMO Capital Markets analyst, doubted whether an oil price cap would damage Russia in financing its Ukraine operations. Sanctions imposed on Russia to date “have proved to be ineffective, and Russia has maintained crude oil and product exports at higher levels than anticipated, which has translated to record cash inflows,” he said.

Analysts at Goldman Sachs feel bullish on oil prices while forecasting an average oil price of $125/bbl Brent in 2023.

Modest production increases under OPEC+ began last year as market conditions began to bounce back.  In a market reaction to events in Ukraine, prices surged to almost $140 a barrel but recovered to about $95 as fear abounded on a potential economic slowdown in the West.

Another factor pulling down oil prices is the Iran nuclear deal negotiations which if reached would pose a boost in supply as it returns to the market. Saudi Arabia and the oil-rich Gulf Arab monarchies see Iran as a threat, not only to the price of oil and do not want Iran to have nuclear weapons.

OPEC is a Saudi-led cartel, and Saudi Arabia had enjoyed a very close relationship with the US under the President Trump administration. However, Trump was stymied by the Russian-Saudi coordination to limit oil production.  Trump wanted to use US security relations with the Gulf allies to insist they pump more oil into the market.

President Joe Biden has severely strained the US-Saudi relationship by calling Crown Prince Mohammed bin Salman (MBS) a killer and blaming him for the death of journalist Jamal Khashoggi in 2018.

In a face-to-face meeting between Biden and MBS, the US President claimed he brought up the murder of Khashoggi in a closed-door meeting and said he considered him to blame.  According to Biden, MBS said he was not personally responsible for it.

The exchange is refuted by Adel al-Jubeir, the Saudi minister of state for foreign affairs, who later told reporters that he did not hear Biden blame MBS.

Biden had hoped that his trip to Saudi Arabia would net him an increase in oil production to bring down energy prices in the US and Europe. However, Biden was not successful.

In November 2018, the CIA issued a report which found that MBS ordered the murder of Khashoggi, and it was carried out by an elite team of Saudi operatives under the direction of MBS in the Saudi Consulate in Istanbul.

The CIA report cited the death squad used a Saudi government plane, as well as an intercepted phone call between the brother of MBS urging Khashoggi to go to the Consulate in Istanbul and giving his assurances for his safety.

Russia has surpassed its OPEC+ partner Saudi Arabia as the leading supplier of crude oil to China.

Russian cooperation within the OPEC+ oil alliance is focused on helping global consumers. Russia will continue developing its ties in the Asia–Pacific region where the majority of countries do not accept the “destructive logic of sanctions,” President Putin told the Eastern Economic Forum in the city of Vladivostok. He said Moscow would build new bridges with the area based on the principles of cooperation and economic benefit.

OPEC+ includes all 13 countries that are members of the Organization of the Petroleum Exporting Countries, plus 10 non-OPEC countries, including Russia, one of the world’s top oil exporters.

In 2019, OPEC signed a long-term cooperation pact with Russia, extending a partnership set up in 2017 to counter a surge of US oil that hurt OPEC’s pricing power.