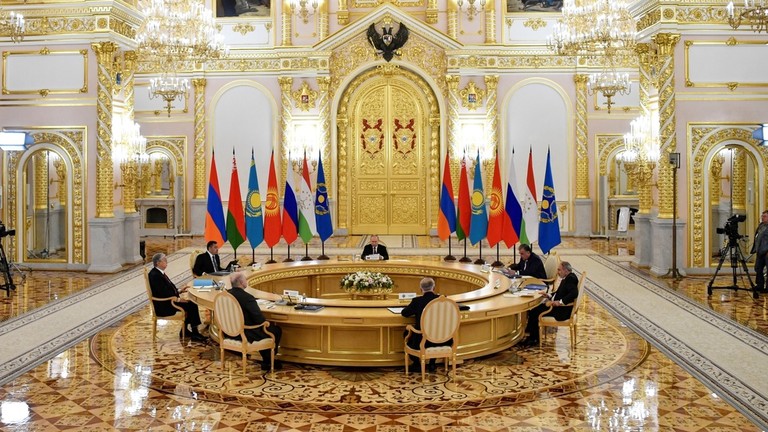 Yerevan accuses Baku of military “aggression against our sovereign territory”

“In the face of the aggression against the sovereign territory of the Republic of Armenia, it was decided to officially appeal to the Russian Federation in order to implement the provisions of the Treaty of Friendship, Cooperation and Mutual Assistance, as well as to the Collective Security Treaty Organization [CSTO] and the UN Security Council,” the government in Yerevan announced after the national security meeting chaired by Pashinyan.

Armenia has yet to file any official appeals, and it remains unclear what kind of help it seeks to request. Both Russia and Armenia are part of the CSTO, a mutual defense pact, analogous to the US-led NATO bloc, made up of six former Soviet republics also including Belarus, Kazakhstan, Kyrgyzstan and Tajikistan. Moscow and Yerevan also have a separate Treaty of Friendship, Cooperation and Mutual Assistance, which marked its 25th anniversary on August 29.

The Armenian Defense Ministry said that, as of 4:00 am on Tuesday morning, the situation along the border remained “extremely tense,” with ongoing Azerbaijan artillery and mortar fire, as well as drone strikes allegedly targeting “both military and civilian” infrastructure in Armenia.

Azerbaijan claims the shelling was provoked by Armenia, while the defense ministry in Baku accused Armenian “saboteurs” of mining roads and infrastructure on the Azeri side of the border over the weekend, causing an unspecified number of military casualties. Baku also denounced as “false” the reports of a “full-scale invasion” by Azerbaijan into Armenian territory, claiming it was only responding to the “Armenian provocations.”

Armenia and Azerbaijan have been at odds ever since they declared independence from the Soviet Union, primarily over Nagorno Karabakh – which was inside Azerbaijan but had a majority ethnic Armenian population. Armenians prevailed in the early 1990s, establishing control over most of the enclave and territories connecting it to Armenia proper.

In September 2020, Baku launched a campaign to reclaim the territory, with the help of Turkish-supplied drones. A ceasefire brokered by Moscow left half of Nagorno-Karabakh inhabited by Armenians and protected by Russian peacekeepers, while all other territories previously controlled by Yerevan were ceded back to Baku.