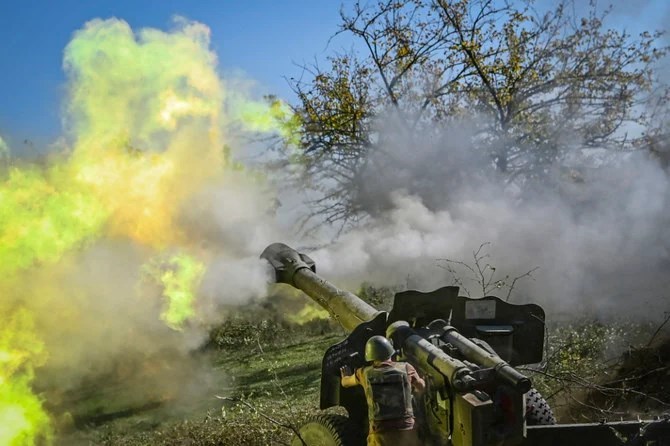 The decades-old hostilities over the disputed area of Nagorno-Karabakh are back as they were instigated by Azerbaijan.

Azerbaijani soldiers advanced along various areas of the border, according to Aram Torosyan, spokesman for the Armenian Defense Ministry.

“The enemy continues to use artillery, mortars, drones, and large-caliber small arms. Attacks are being made on both military facilities and civilian infrastructure facilities. In some areas, Azerbaijani units have taken actions to advance positions. Positional battles continue. The Armenian Armed Forces give a proportionate response and carry out their combat tasks in full,” Torosyan said.

According to Torosyan, Armenian servicemen were killed and others were injured in an armed encounter near the border with Azerbaijan. “There are dead and wounded on the Armenian side. The data is being specified,” Torosyan said.

Earlier, both sides exchanged blame, with Yerevan accusing the Azerbaijani military of shelling the territory of Armenia late on Monday using artillery and drones. On its part, Baku said the Armenian military fired at the positions of the Azerbaijani troops on the border, resulting in a clash. The Azerbaijani Defense Ministry also reported losses in its ranks.

The Armenian government said it will invoke a cooperation agreement with Russia and appeal to a Russia-led security bloc, the Collective Security Treaty Organization, and the United Nations Security Council, according to Interfax.

Armenia speaks to Russia, Frace, the US

Following the eruption of clashes, Armenia contacted Russia, France, and the US and briefed them on the ongoing situation.

In addition to Russian President Vladimir Putin, Armenian Prime Minister Nikol Pashinyan spoke by phone with US Secretary of State Antony Blinken about the situation on the border with Azerbaijan, according to a statement by the Armenian government.

“The prime minister presented the details of the aggression committed by Azerbaijan against the sovereign territory of Armenia. Pashinyan said that in connection with these actions, the decision was made to formally appeal to the Russian Federation in order to implement the provisions of the Treaty of Friendship, Cooperation, and Mutual Assistance, as well as to the CSTO and the UN Security Council. In this context, he expressed hope for a proportionate response from the international community,” the statement said.

According to the Armenian cabinet, Blinken “expressed the American side’s deep concern about the situation, considered it unacceptable to further aggravate the situation, and declared the US readiness to make efforts to stabilize the situation.”

However, an Azerbaijani statement claimed that Armenian forces conducted intelligence activities on its border, transferred weaponry into the area, and performed mining operations on Monday night, thus using the pretext of conducting operations that are “strictly local in nature and aimed at military targets” to justify the attacks.

Armenia’s Defense Ministry responded, “Intensive shooting is continuing – started as a result of a large-scale provocation by the Azerbaijani side. Armenia’s armed forces have launched a proportionate response.”

Clashes erupt every now and then between both sides despite a Russian-backed ceasefire agreement. Last month, tensions erupted over Nagorno-Karabakh as three soldiers were killed and Azerbaijan said it had taken control of several strategic heights in the disputed region.

Armenia and Azerbaijan fought two conflicts over Azerbaijan’s Armenian-populated area of Nagorno-Karabakh, one in 2020 and one in the 1990s.

Six weeks of violence in the autumn of 2020 claimed over 6,500 lives and ended with a ceasefire accord sponsored by Russia. Russia sent 2,000 peacekeepers to monitor the truce, but tensions remain despite a ceasefire deal.