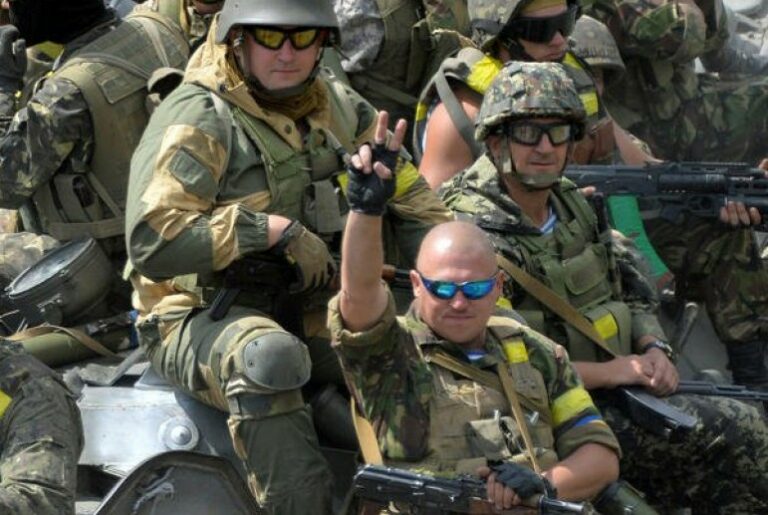 In Video: Adventures of foreign fighters in Ukraine

One of US servicemen who described himself as ‘a veteran of the Marine Infantry, YPG, YBS, and Ukrainian Spetsnaz’, shared videos of his first and last missions in Ukraine.

The first video showed his first military operation in Ukraine which took place in the Kherson region and was a complete failure. The group of foreign fighters was disorganized and surrounded by Russian forces. Their leader was lost for several hours, so foreigners only managed to drink some tea with the locals and hide in a civilian house. The US veteran confirmed that some of the foreigners and Ukrainian fighters had no sufficient military experience.

His last mission in Ukraine was more successful. It took place in Balakleya, Kharkiv region, where a group of foreign militants was responsible for mining a road near the city.

Numerous videos shared by foreign fighters confirm that thousands of soldiers from NATO member states are fighting on the Ukrainian front lines. Almost all the so-called volunteers received military experience during the wars in Syria, Iraq and other regions. Like the author of the videos, not all of them are ready to fight in Ukraine, and hundreds have left the country. Behind the patriotic slogans of “volunteers” glorifying the Ukrainian military is the reality that the war in Ukraine is the war between NATO and Russia.