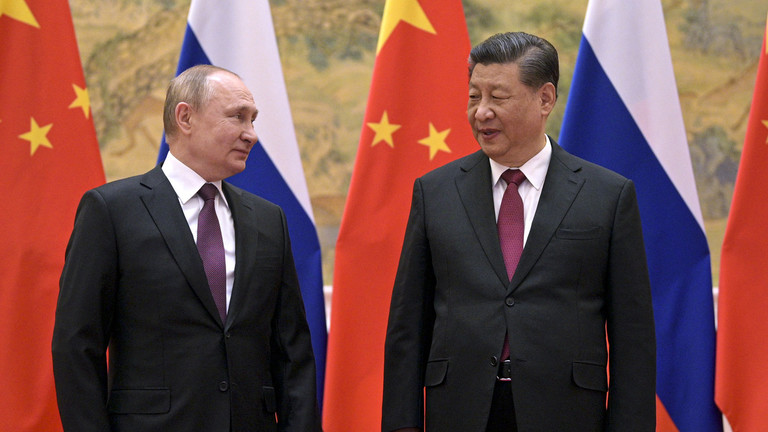 The leaders will address the Ukraine crisis and Taiwan tensions during their sit-down in Uzbekistan, the Kremlin has said

Russian President Vladimir Putin and Chinese leader Xi Jinping will discuss the Ukraine conflict in depth, as well as the Taiwan issue, when they meet in Uzbekistan later this week, presidential aide Yury Ushakov said on Tuesday. The two leaders will hold talks on the sidelines of the summit of the Shanghai Cooperation Organization in the city of Samarkand on September 15.

“Given the current international situation, this meeting, of course, has special importance,” Ushakov said, adding that the leaders would address “the bilateral agenda, as well as major regional and international topics.”

An issue that is expected to loom large during their meeting is the Ukraine conflict, with the Kremlin representative signaling that Putin and Xi would discuss it in depth.

Ushakov also noted that Beijing has been pursuing very balanced policies on this issue, adding that Beijing “clearly states that it understands the reasons that had forced Russia to launch the special military operation” against Kiev in late February.

The presidential aide went on to say that the talks between the two leaders would be a “long-anticipated personal contact,” considering that their last meeting took place in early February during the opening ceremony of the Winter Olympics.

Given the current warm relations between Moscow and Beijing, Ushakov expect the sides “to positively assess” their bilateral strategic partnership, which has reached new heights as the two countries champion developing a multipolar world order.

Putin and XI are also set to discuss the issue of Taiwan, building on the Russian leader’s recent meeting with Li Zhanshu, the speaker of the Chinese National People’s Congress, during an economic forum in the eastern Russian city of Vladivostok. Tensions around the self-governed island have been mounting since US House Speaker Nancy Pelosi visited Taipei in early August, drawing ire from Beijing.

Meanwhile, Ushakov said that China and Russia do not intend to sign any documents after the talks, stating that this is just “a working meeting of the leaders,” which is still very important.

The summit in Samarkand will be attended by a number of high-ranking officials and heads of state, including Turkish President Recep Tayyip Erdogan, who reportedly intends to offer his mediation services to stop the hostilities in Ukraine.