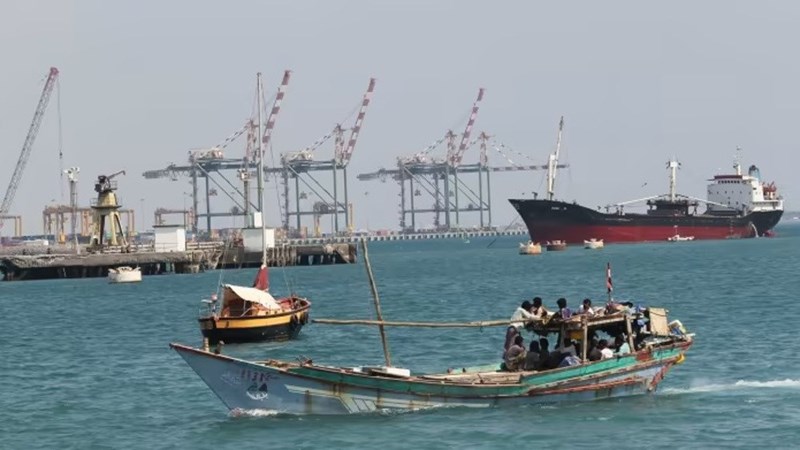 The Saudi-led coalition of aggression continues to breach the armistice agreement and seizes another fuel ship despite having been searched and greenlit by the UN.

The Yemen Petroleum Company (YPC) announced in a statement Tuesday that the Saudi-led coalition continues to pirate Yemeni fuel ships while the UN remains silent, adding that UN officials’ assertions of calm and truce are “false.”

The YPC revealed that another ship carrying tons of diesel fuel and headed for Yemen was intercepted by the Saudi-led coalition, in clear violation of a UN-sponsored ceasefire.

According to the statement, “The aggressor coalition’s insistence on intensifying the siege and repeatedly violating the ceasefire takes place in line with the coalition’s crimes against the Yemeni nation.”

As reported by the YPC, the occurrence brought the total number of gasoline ships seized by the Saudi-led aggression to 14, despite the ships having passed inspection.

The newest incident comes about a week after the Saudi-led coalition seized two additional Yemen-bound oil tankers carrying thousands of tons of petroleum for the country.

Commercial flights from Yemen’s capital of Sanaa to Jordan and Egypt have resumed under the terms of the truce, and oil tankers also may dock at the vital port city of Al-Hudaydah.

Furthermore, in accordance with the agreement, the coalition committed in hindsight to halt its airstrikes on Yemeni territory as well as lift the blockade it has imposed on Yemen.

However, Sanaa has documented several breaches of the truce.

The Yemeni Petroleum Company (YPC) in Sanaa announced on the 8th of September, that the Saudi-led coalition seized a new fuel vessel, bringing the number of seized fuel vessels to 13 during the last extension of the UN-brokered ceasefire.

The company’s spokesman, Issam Al-Mutawakel, said in a tweet that the US-led Saudi coalition of aggression, with the participation of the UN, continues to violate the temporary truce and detained the diesel ship Daytona despite it being searched and obtaining an entry permit from the United Nations, thus bringing the total number of seized fuel ships to 13.

He pointed out that preventing fuel ships from entering the port of Al-Hudaydah, despite obtaining UN permits, is a flagrant violation of the provisions of the armistice, covenants, and international and humanitarian laws.