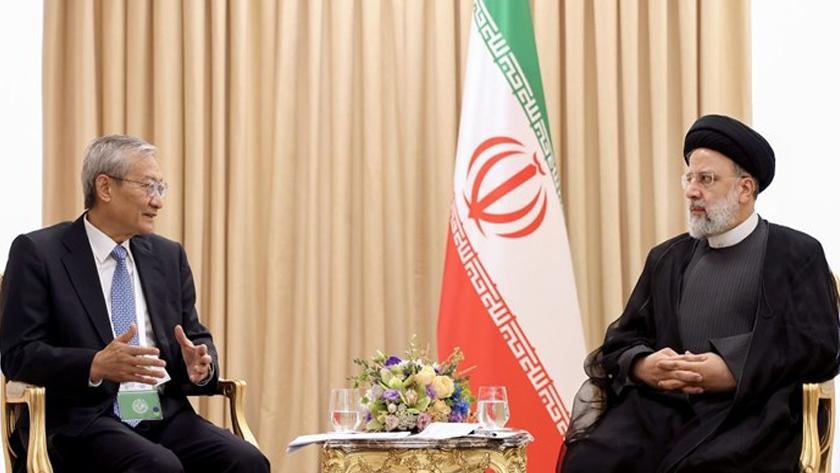 Iran ready to cooperate with SCO and it member states

The Secretary General of the Shanghai Cooperation Organization met and talked with the President of the Islamic Republic of Iran on Thursday in Samarkand, Uzbekistan.

According to Iran Press, Ebrahim Raisi, at the beginning of the second day of his trip to Uzbekistan, on Thursday morning, met Zhang Ming, the Secretary General of the Shanghai Cooperation Organization, explaining the steps taken by the Islamic Republic of Iran to become a member of this organization.

Raisi also explained the vast capacities of the Islamic Republic of Iran in political, technological, economic, and transit fields.

Ayatollah Raisi said Iran would be ready to cooperate with the member countries as well as the Shanghai Cooperation Organization in the mentioned fields.

Next year, Iran will participate in the Shanghai Organization summit as a permanent member

Zhang Ming added: “Iran is a big and influential country that can play a significant role in the security of the region and the world. As a large country in the region, the Islamic Republic of Iran also has good political and commercial relations with the members of the Shanghai Cooperation Organization, relying on the extensive historical and cultural commonalities it has with the countries of the region.”

Raisi, who headed the high-level political and economic delegation for an official bilateral meeting, also participated in the 22nd summit of the Shanghai Cooperation Organization.

Mongolia, Afghanistan, and Belarus are observer members of Shanghai.