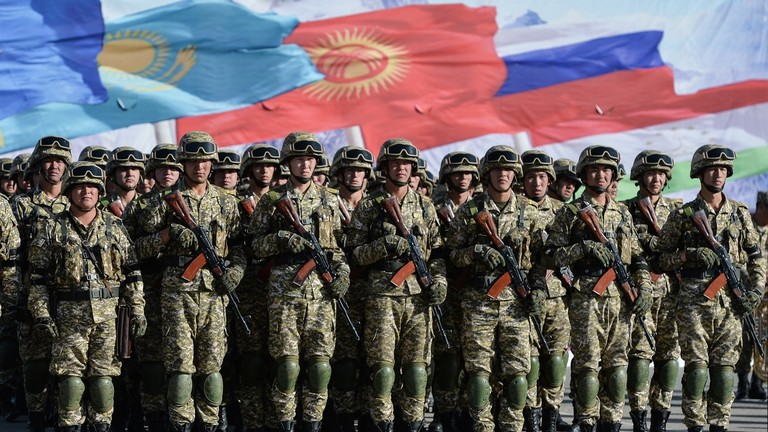 Sending in troops to help resolve the crisis between Armenia and Azerbaijan is off the table for now, the CSTO chief of staff says

The Russian-led Collective Security Treaty Organization (CSTO) will not be sending its forces to the Armenia-Azerbaijan border. The news comes from the bloc’s chief of the joint staff, General Anatoly Sidorov, who spoke to journalists on Thursday.

“Let’s not get ahead of ourselves,” Sidorov said when asked if the CSTO is considering sending in its military to help stabilize the region, which has recently seen yet another escalation in tensions.

“On September 13, our heads of state unanimously declared that this problem that exists between the Republic of Armenia and Azerbaijan should be resolved by political and diplomatic methods,” the general said, insisting that the use of the alliance’s military forces has not and will not be discussed in the near future.

All decisions will be based on the results of the joint mission sent by the organization to Armenia, Sidorov added.

Tensions between Yerevan and Baku spilled over earlier this week when they accused each other of instigating violence, after clashes on the border between the two countries resulted in the deaths of dozens of soldiers from both sides.

Armenian Prime Minister Nikol Pashinyan has called on the CSTO for military assistance, claiming that Azerbaijani troops have seized parts of his country’s sovereign territory in recent days. Baku has “unilaterally” proposed a “humanitarian ceasefire,” stating it is not interested in escalating or destabilizing the situation any further.

The ongoing conflict between the two neighboring countries stems from the disputed region of Nagorno-Karabakh, which is mostly populated by ethnic Armenians. Yerevan has supported the region’s bid for independence ever since it sought to break away from Azerbaijan in the early 1990s, while Baku claims sovereignty over the territory.

In 2020, Armenia and Azerbaijan fought a 44-day war over the region, which ended with a Russian-brokered truce.