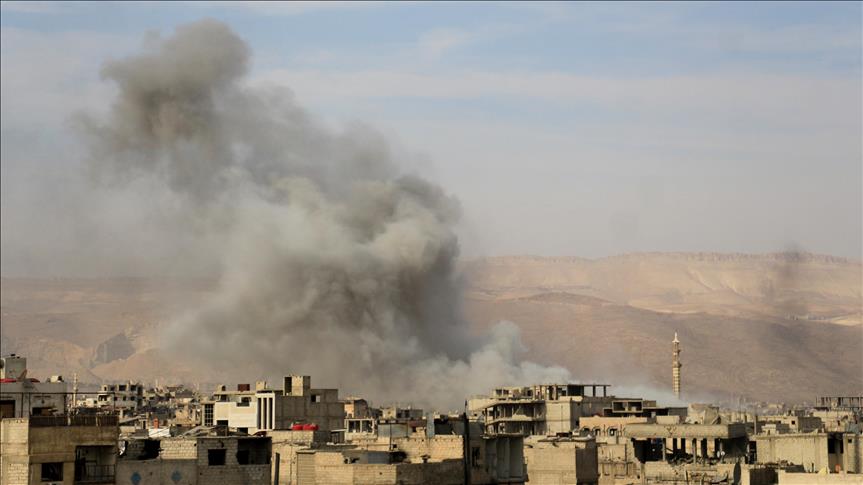 A number of rebels, including their foreign coaches, were either killed or wounded in the coordinated Syrian-Russian strikes that targeted rebels’ training camps in the countryside of Idlib, said SANA, adding that foreign trainers were teaching local rebels about carrying out drone attacks.

The nationalities or the number of the targeted foreign trainers were not revealed by SANA.

Meanwhile, the report said the rebels’ positions, vehicles and drones were destroyed during the attack, which was planned after a reconnaissance operation.

Rebels in Idlib used to launch drone attacks on positions of the Russian forces in coastal Syrian areas.

Russia officially joined the Syrian government side in the battle against the rebels in Syria in 2015.