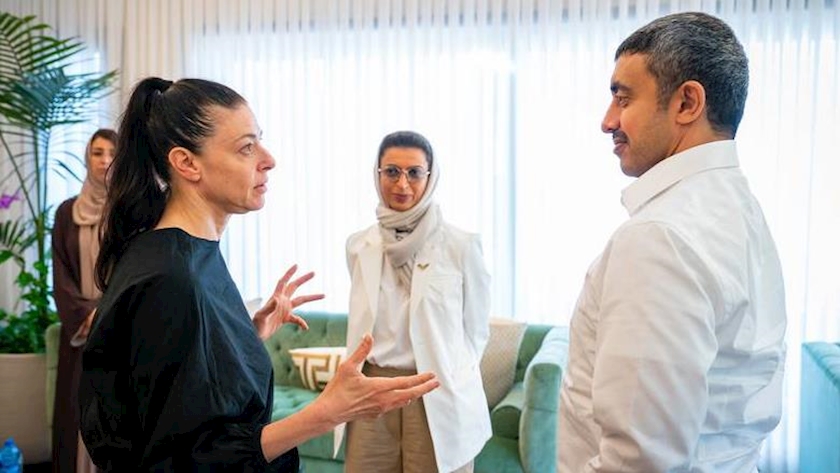 He arrived in Israel on Wednesday for a trip to mark the second anniversary of the signing of the Abraham Accords and was accompanied by a high-level delegation, state news agency Wam reported.

Sheikh Abdullah said the visit would open new prospects for cooperation between the two sides.

Shaked welcomed the visit of Sheikh Abdullah and the UAE delegation and said Tel Aviv is keen to strengthen relations.

He said the signing of the Abraham accords motivated two sides to push ahead with sustainable partnerships that supported prosperity and development.

Michaeli said strengthening cooperation in the transport sector would be an essential area to stimulate economic growth.

He also held talks with Israeli opposition leader and former prime minister Benjamin Netanyahu during the trip to Israel.