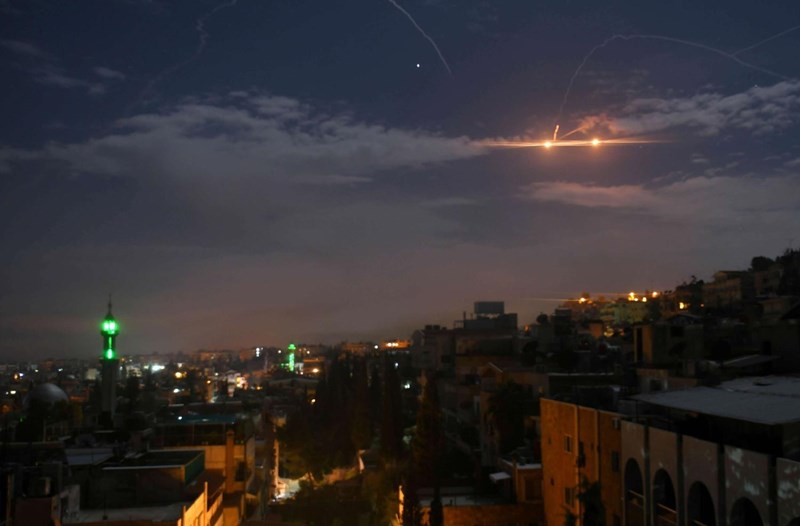 Damascus continues to be the target of Israeli aggression, a mere week after Aleppo was hit.

Syrian state-run news agency SANA reported the death of five Syrian soldiers were killed on Saturday by an Israeli airstrike on Damascus airport and other facilities south of the capital, which, according to the report, was carried out at 0:45 a.m. local time (21:45 GMT) on Saturday.

A military source confirmed that Syria’s air defense systems have shot down most of the Israeli missiles launched, adding that aside from the five casualties, material losses were reported as well.

At the beginning of this month, the Russian Reconciliation Center belonging to the Russian defense ministry stated that eight Israeli fighters of the F-16 type launched attacks on Aleppo and Damascus, while Syrian foreign ministry Faisal Mekdad simultaneously stated that “Israel is playing with fire” and that the situation of the military and security are dire, as the region is at risk of bombing.

Mekdad reiterated that Syria won’t stay silent in the face of the Israeli aggression, expressing that Israelis will pay the price, “sooner or later”.

Aleppo airport was under attack this month as well, which the Syrian foreign ministry amounted to a war crime. It reopened however 72 hours after the airstrike.

Zakharova stressed that such irresponsible actions by the Israeli side are totally unacceptable, adding that the attacks target important civilian infrastructure in Syria, particularly airports.