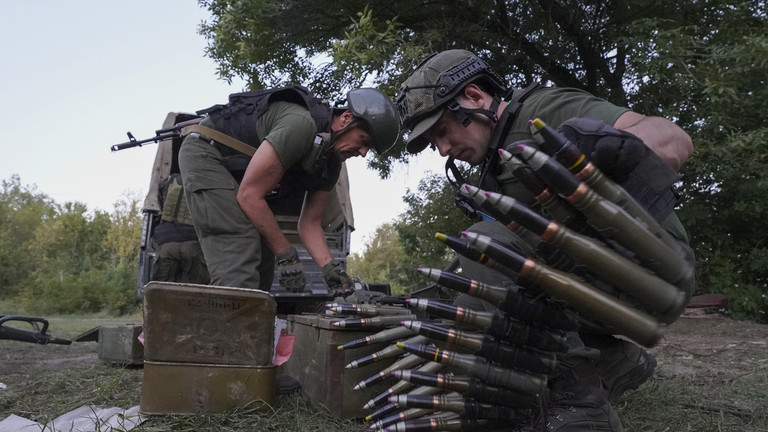 The $15 billion tally covers almost every missile, vehicle, and round of ammunition sent to Kiev since February

The US Department of Defense has released a list of nearly every weapon it’s donated to Ukraine since the start of Russia’s military operation in February. While the US has already given $15 billion worth of arms, Kiev insists it needs more.

Released on Friday, the list accounts for most of the $15.8 billion in security assistance sent to Ukraine since President Joe Biden took office. The majority of that – $15.1 billion – has come since Russian troops entered Ukraine in February. Biden has allocated around $55 billion for military and economic assistance to Kiev, with most US weapons packages funded by a $40 billion spending bill passed by Congress in May.

Kiev claims that these weapons have allowed its troops to conduct successful counter offensives against Russian forces. However, a long-awaited Ukrainian offensive near Kherson last month ended disastrously, with more than 1,200 Ukrainian troops killed and dozens of armored vehicles destroyed, according to Moscow. The Ukrainians fared better in a more recent offensive near Kharkov, capturing a swath of territory ceded by a lighter force of Russian and Donbass troops.

Ukraine’s territorial gains around Kharkov came at a heavy cost, with the Russian military claiming to have killed 4,000 and wounded another 8,000 Ukrainian troops and foreign mercenaries.

Nevertheless, Ukrainian President Vladimir Zelensky declared that the Kharkov offensive marked a ‘turning point” in the conflict, and that if Ukraine were “a little stronger with weapons,” it could beat the Russian military.

To that end, Kiev has been publicly and privately asking the US for more advanced arms, including long-range missiles and F-16 fighter jets.

Some American officials and lawmakers have warned that US weapons stockpiles are running low amid the unprecedented arms surge to Ukraine. In a bid to keep the weapons flowing, Zelensky is expected to appeal directly to US defense contractors during an industry conference next week.