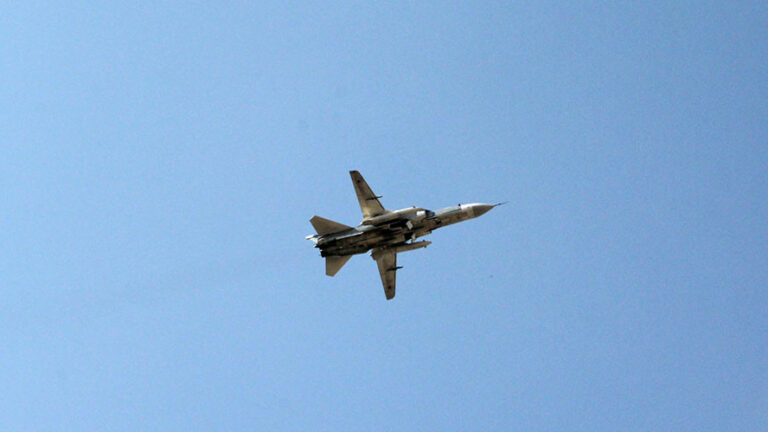 On September 17, a new wave of Russian airstrikes targeted the northwestern Syrian region of Greater Idlib, which is occupied by al-Qaeda-affiliated Hay’at Tahrir al-Sham (HTS) and several other terrorist groups.

The airstrikes, which were reportedly carried out by two Su-24M and two Su-34 fighter bombers of the Russian Aerospace Forces, hit positions of HTS in the towns of Hafsarjah and Sheikh Yusuf in the western countryside of Idlib. A man, allegedly a civilian, was lightly wounded as a result of the airstrikes.

Following the airstrikes, the Syrian Arab Army pounded positions of HTS and its allies across the eastern and southern frontlines of Greater Idlib with more than 80 artillery rounds and rockets.

The Russian and Syrian strikes were apparently a response to recent violations of the ceasefire in Greater Idlib. Just a day earlier, a Syrian officer was shot and killed by a sniper of HTS on the region’s southern frontline.

Exactly ten days ago, a series of Syrian and Russian strikes hit key positions of HTS, including a large drone training camp, in the western Idlib countryside. The fierce strikes killed more than 120 terrorists and destroyed dozens of makeshift suicide drones. The strikes were reportedly a response to ceasefire violations.

Despite all recent violations, the ceasefire in Greater Idlib, which was brokered by Russia and Turkey more two years ago, is still holding up.

The situation in Greater Idlib could shift dramatically in the upcoming few months. Turkey, who guards the region with a large force, is currently working to restore relations with Syria. The neutralization of HTS and other terrorist group in the region will likely be a priority if the two sides reach an understanding.