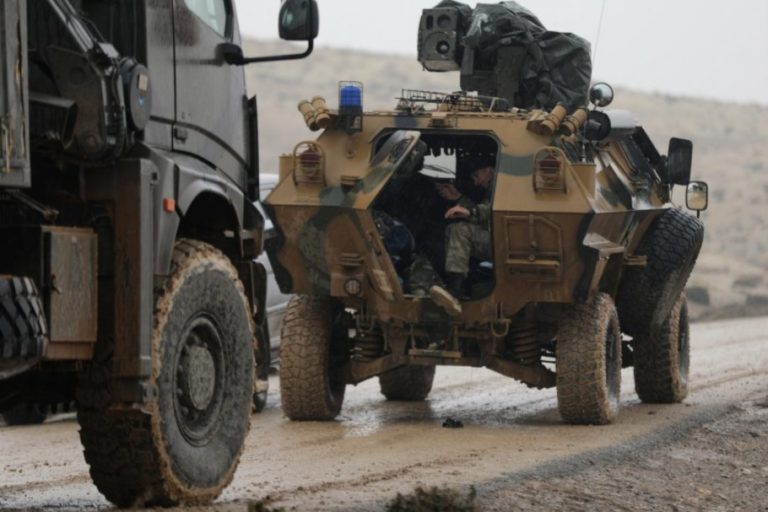 Turkey’s Foreign Minister Mevlut Cavusoglu has criticized Syria’s calls for a Turkish withdrawal from its territory, warning that such a withdrawal would harm both Ankara and Damascus as it would allow what he called “terrorist groups” to expand their control.

Speaking to reporters at the minister on September 16, Cavusoglu said that the “demands of the Syrian regime are unrealistic.”

The “terrorist groups” mentioned by the minister were likely Kurdish forces, namely the Syrian Democratic Forces. Today, the group controls much of northern and northeastern Syria with direct support from the United States. The Turkish military and its proxies also occupy large parts of the two regions.

Cavusoglu remarks came after a report by Reuters which revealed that Turkey’s intelligence chief held multiple meetings with his Syrian counterpart in Damascus in recent weeks.

Hinting at the report, Cavusoglu told reporters that talks with Damascus are on the intelligence level only. The minister claimed that the talks are meant to push forward the Syrian political process and resolve the country’s refugee crisis.

While the minister said that there are no political talks with Damascus, a recent report by the Turkish pro-government Hurriyet newspaper revealed that President Recep Tayyip Erdogan was willing to meet President Bashar al-Assad had the Syrian leader attended the Shanghai Cooperation Organization (SOC) summit in Uzbekistan.

Russia has been working to restore relations between Syria and Turkey for a few months now. Damascus reportedly wants a complete withdrawal of the Turkish military from its territory, especially from the northwestern region of Greater Idlib where many terrorist groups are still active.

Syria will not likely abandon all of its demands. Turkey will have to make concessions if it wants Damascus’ help to end the refugee crisis and face Kurdish forces. The Syrian opposition will likely end up paying for any settlement between Damascus and Ankara.