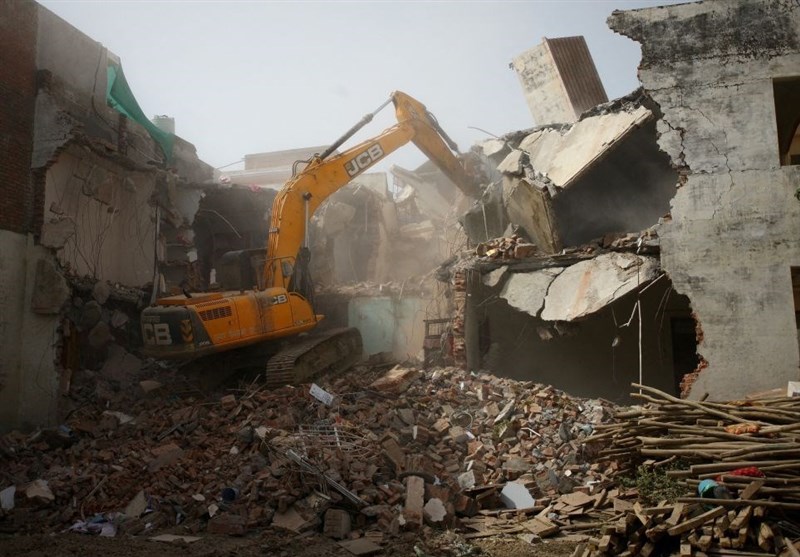 It comes as the usurping regime presses ahead with its illegal land grab policies across the Palestinian territories.

A report cited by the Palestinian Information Center on Sunday, stressed that out of the 44 buildings, “about 35 buildings are located in Area C, 19 of which were destroyed without warning, which prevented the owners from being able to protest in advance.”

According to the United Nations Office for the Coordination of Humanitarian Affairs (OCHA) the demolition took place over a span of two weeks under the pretext of “lack of building permits.”

“The occupation authorities displaced as a result of the demolitions between August 30 and September 12, 29 Palestinians, including 10 children, while the livelihoods of about 140 others were affected,” the OCHA’s report said.

The OCHA also confirmed that the occupation authorities demolished 11 Palestinian homes for “punitive reasons” since the beginning of the year, compared to three in 2021 and seven in 2020.

Pointing to the occupying regime’s practice of destroying homes of Palestinians allegedly involved in anti-Israel operations, the report underlined that “punitive demolitions are a form of collective punishment, which is illegal under international law.”

The Israeli regime occupied the Palestinian territory of the West Bank, including East al-Quds, in a heavily-Western-backed war in 1967.

Ever since it has dotted the territory with hundreds of illegal settlements that have come to house hundreds of thousands of Israeli settlers.

Palestinians want the West Bank as part of a future independent state with East al-Quds as its capital. The Israeli regime, however, lays claim to the entire city as its so-called “capital.”