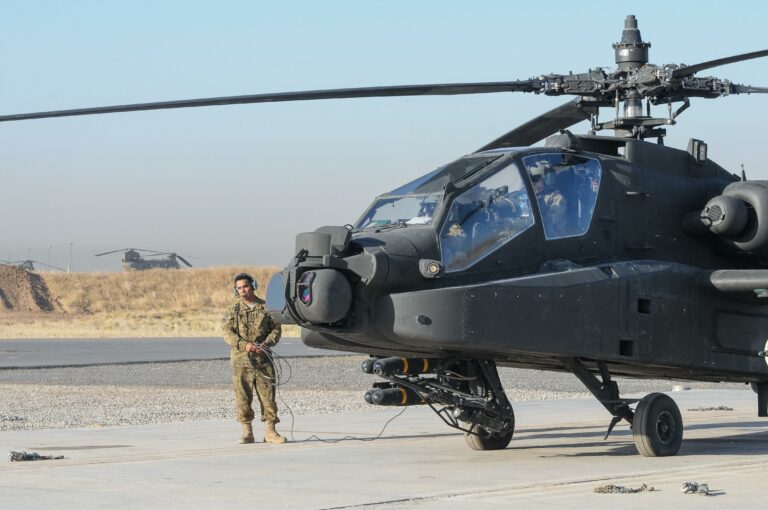 Late on September 18, an attack with indirect fire targeted a key base of the US-led coalition in Syria’s northeastern region, according to reports in the Arab media.

The base, which is located in the southern outskirts of the town of al-Shaddadi in the southern al-Hasakah countryside, was hit by a number of unidentified projectiles. However, no casualties or material losses were reported.

The al-Shaddadi base was established in a large gas and an oil filed, just like most US-led coalition bases in northeastern Syria. The base hosts one of the coalition’s main heliports in the region. Nearly a dozen attack and transport helicopters are usually deployed there.

The alleged attack on the base came less than 24 hours after a series of Israeli strikes that hit the Syrian capital, Damascus. The strikes targeted the international airport and several other targets, reportedly including a support office of Iran’s Islamic Revolutionary Guard Corps. Five Syrian service members were killed.

The attack on base may have been a response to the Israeli strikes. A recent report by the New York Times revealed that Damascus and its allies, who are known as the “Axis of Resistance,” have agreed to respond to Israeli strikes by attacking US bases in Syria.

On August 15, Iranian-backed forces attacked a garrison of the US-led coalition in the southeastern Syrian area of al-Tanf with several suicide drones in response to Israeli strikes that targeted air defense bases in Tartus and Damascus just a day earlier. The drone attack led to a confrontation with the coalition, who hit back less than ten days later by striking positions of Iranian-backed forces in Deir Ezzor.

The US-led coalition is yet to comment on the alleged attack on the al-Shaddadi base. Usually, the coalition acknowledges such attacks within 24 hours.