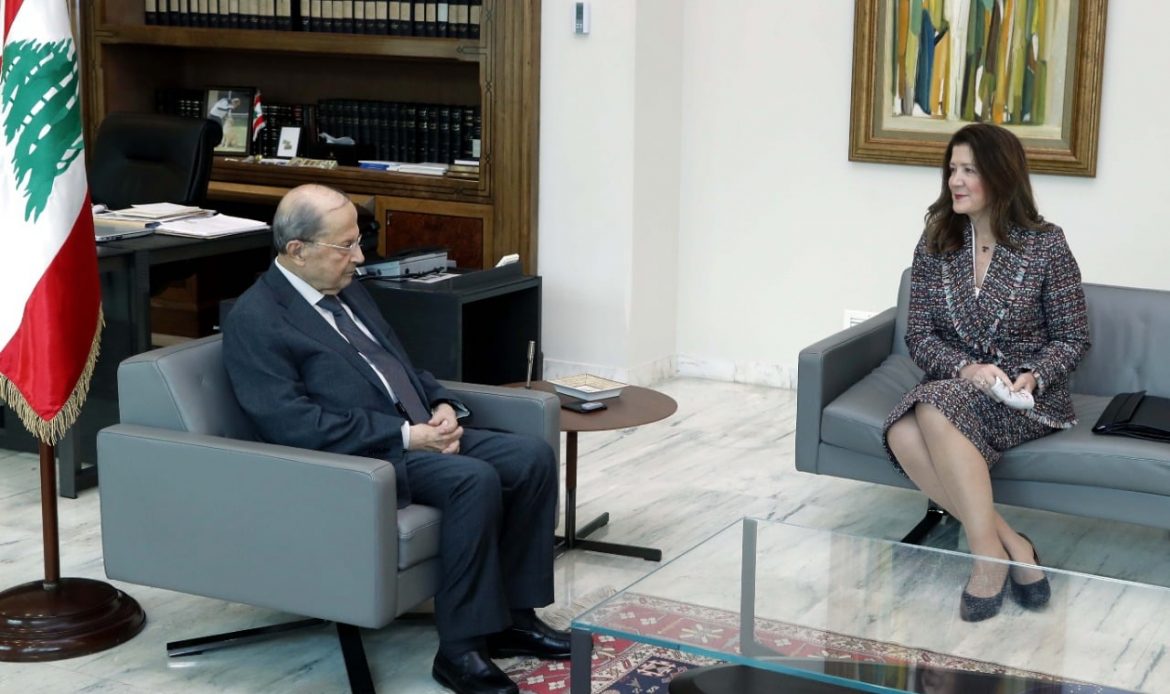 Lebanon facing new uncertainty as the presidency is vacated

The presidency of Lebanon’s Michel Aoun is coming to a close and politicians are anticipating a possible power vacuum if a decision cannot be made soon to fill the office.

The parliament voted on October 24, but with only a week left to Aoun’s term, some ballots were left blank. Independent MP Michel Mouawad and scholar Issam Khalife both received votes. The next vote was set for October 27 by Speaker of the Parliament, Nabih Berri.

Prime Minister Najib Mikati is currently serving as caretaker, and politicians have suggested presidential powers could pass to Mikati and a new cabinet should a president not be agreed upon, who must be a Maronite Christian according to the sectarian system.

Aoun, a former military general, has served as President of Lebanon since October 31, 2016. Experts are warning of a constitutional crisis if his replacement is not agreed upon. Unity and agreement are hard to come by in Lebanon in the best of times, and now Lebanon faces multiple crises after May’s elections which saw newcomers elected to parliamentary seats in an effort by the voters to dissemble the ruling political elite, who they blame for the three-year-old financial meltdown.

Michel Aoun and his legacy

In 1984, Aoun became the youngest Commander of the Army, and four years later was appointed as head of a military cabinet. He survived an assassination attempt on October 12, 1990.

Aoun then fled to the French Embassy in Beirut and was later granted asylum in France where he lived for 15 years. Aoun founded the Free Patriotic Movement (FPM) while in exile.

On February 14, 2005, Prime Minister Rafik Hariri was assassinated in Beirut, and the Syrian Arab Army later withdrew from Lebanon and Aoun returned to Beirut on May 7. Aoun was elected to Parliament with his FPM snatching 21 out of 128 seats in parliamentary elections, which represented the largest Christian bloc.

In 2016, Aoun was endorsed by Hezbollah and other parties to become the thirteenth President of Lebanon. He promised to defend Christian rights after the community had lost some of its political power at the end of the 15-year civil war which ended in 1990.

Aoun chose to work with Hezbollah, the resistance movement in Lebanon. Aoun’s military background made him aware that the Lebanese Army was not capable of defending the southern border with Israel, but Hezbollah was.

The south of Lebanon suffered under a brutal Israeli military occupation for 20 years, and the only way to prevent a repeat was a strong defense.

In 2019, mass protests broke out across Lebanon demanding the ruling political elite, many of whom were family dynasties and warlords left over from the civil war, get out.  The popular uprising was demanding a change to the same faces who they equated with corruption and sectarianism.

While the country was suffering under bank closures and hyperinflation for a devalued currency, the Beirut port exploded in 2020 in the world’s biggest non-nuclear explosion, killing over 200 people and parts of the capital destroyed.

The currency sunk by 90%, making the middle class the new poor, and leaving the poor destitute. The banks remain paralyzed with some depositors holding up the banks just to get their funds released.

The US meddling in Lebanon

On October 11, US President Joe Biden spoke with Aoun to congratulate him on the agreement to establish a permanent maritime boundary between Lebanon and Israel for offshore energy resources.

The US Embassy in Lebanon is known to exert pressure on most aspects of political life, which experts on Lebanon say amounts to meddling in the democratic process. Dorothy C. Shea was appointed by President Trump as Ambassador to the Lebanese Republic on February 14, 2020.

The head of Hezbollah had blamed the US for a dollar shortage which led to a devalued Lebanese pound, from 1,500 to the dollar to above 7,000 on the black market.

“The issue of dollars is an American conspiracy against Lebanon, its people, its pound, and its economy,” Hassan Nasrallah said on June 16.

In response to Shea’s comments, Lebanese Judge Mohammed Mazeh issued an order banning local and foreign media organizations from interviewing or hosting Shea for a year. Penalties for violation would be a one-year work ban and a fine of $200,000.

Mazeh said Shea’s comments amount to meddling in domestic affairs in violation of diplomatic norms. He said the comments “insult many Lebanese (and) contribute in pitting the Lebanese people against each other and” against Hezbollah, and stoke sectarian and political strife.

Mazeh’s position on the Urgent Matters Court gives him the authority to prevent actions harmful to “civil peace.”  At the time, the country was experiencing street protests and very serious violence.

On October 26, hundreds of Syrian refugees living in Lebanon returned home as organized repatriations by Beirut began. Around 700 Syrians had agreed to leave from the northeastern border from Arsal, which had been a Free Syrian Army (FSA) camp in the early years of the conflict. The FSA was founded and supported by the CIA and Pentagon in the Obama war on Syria for ‘regime change’. The FSA lived at Arsal and housed their wives and children there safely while they crossed the border to the battle zone at Qalamoun in Syria. The Lebanese officials were very concerned with housing armed terrorists following Radical Islam in Arsal, and on several occasions, the Lebanese Army and security forces entered the refugee camp to arrest FSA terrorists.  Because the US-supported FSA was often aligned with Al Qaeda and ISIS, the Lebanese security officials viewed the camp as a terrorist safe haven.

The UN, the US, and other groups have denounced the voluntary repatriation coordinated by the General Security agency.  Even though the Syrian conflict is over, there are no battle zones, and the roads and movement around Syria are safe, some groups oppose the return of Syrians. This is a political position they have taken because to admit that Syria has survived the war and that people can live there safely once again, would be admitting they had supported the losing side: the FSA, which became Al Qaeda and finally morphed into ISIS. The UN, US, EU, and others aligned with the west, must maintain that Syria is still a conflict zone, otherwise, they would need to help Syrians rebuild their lives in Syria, instead of using the US-EU sanctions which prevent importing materials to repair and improve critical infrastructure lost to the war.  Syria is currently battling cholera due to the lack of water treatment systems on the Euphrates River which is at its lowest level due to climate change.

Lebanon is home to more than 800,000 Syrians registered with the UN refugee agency, and previously Lebanon had hosted around 1.2 million.

“As of next week, we will see the start of returning Syrians to their home country in batches,” said Aoun on Twitter.

Issam Charafeddine, Lebanon’s minister for displaced people, in July announced a plan that he said would seek to return some 15,000 refugees to Syria per month.

Lebanese officials say the influx of refugees has cost the crisis-hit country billions of dollars and further damaged its crippled infrastructure while it struggles with a financial meltdown.

Syrian migrants have set sail for Cyprus from Lebanon, with at least 94 dying last month after the ship capsized.

After 10 years of war, Syria is still offering free hospital visits, free vaccines for children, free Covid vaccines and boosters, as well as free education for children. Lebanon does not offer free medical or free education services to its citizens, or refugees.