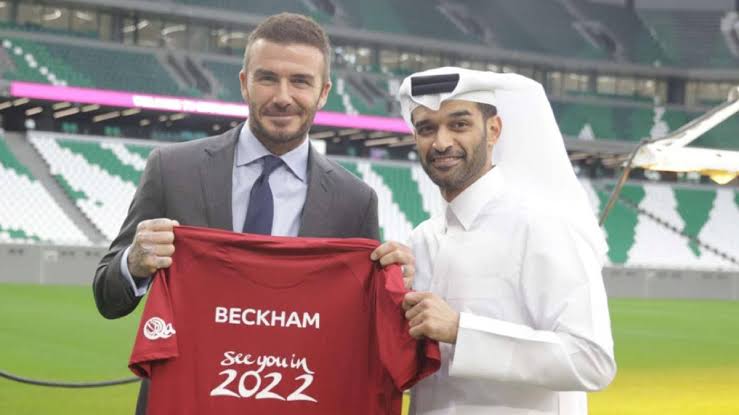 World Cup 2022: Workers in Gulf state are united in wanting tournament to happen

England manager Gareth Southgate has a lot on his plate as the World Cup in Qatar grows ever closer. He is trying to turn around an England football team enduring its worst run of form since 1992, while facing an ever-growing injury list. All this as he prepares for the first World Cup held mid-season.

Moreover, this is a World Cup – starting on November 20 – which has been dogged by a number of human rights issues.

The Guardian reported last year that 6,500 migrant workers had died in the country in the 10 years following Qatar’s successful bid to host the tournament in 2010, most of whom were involved in low-wage, dangerous labor, often undertaken in extreme heat.

The report – “categorically” denied by tournament organizers – did not connect all 6,500 deaths with World Cup infrastructure projects and has not been independently verified.

Qatar has also been the subject of criticism for the country’s anti-LGBTQ laws.

Nonetheless, Southgate believes the World Cup should go ahead and says that view is shared by the workers in Qatar that he has spoken with.

“I’ve been out to Qatar several times and I’ve met with lots of the workers out there and they are united in certainly one thing that’s that they want the tournament to happen, and they want that because they love football. They want the football to come to Qatar,”

However, the England manager is unlikely to be remaining silent about the human rights issues that have dogged Qatar ahead of the World Cup.

“As an FA we’ve talked to human rights groups about what they would like to see, and we’re trying to support those ideas with compensation for families who have lost workers and a worker’s rights center,” said Southgate. “So, we’re supporting the things we’ve been asked to support.”

In June, England’s captain Harry Kane revealed that he had discussed taking a collective stance regarding human rights in Qatar with Denmark’s Christian Eriksen and France captain Hugo Lloris.

The three captains’ national sides, along with five other nations will all be participating in the “OneLove” campaign promoting inclusion and opposing discrimination and will be wearing a distinctive OneLove armband which features a heart containing colors from all backgrounds – during the tournament.

The Qatari government has bristled at the criticism the Gulf state has faced.

The Emir Sheikh Tamim bin Hamad Al-Thani recently told Qatar’s legislative Shura Council that his country has, “been subjected to an unprecedented campaign that no host country has ever faced.”

“We initially dealt with the matter in good faith, and even considered some of the criticism as positive and useful in helping us to develop aspects of ours that need to be developed.

“But it soon became clear to us that the campaign tends to continue and expand to include fabrications and double standards that were so ferocious that it has unfortunately prompted many people to question the real reasons and motives behind this campaign,” he said.

If the legacy of the World Cup in Qatar – for now – remains unclear, Southgate says, “In years to come I know I’ll look back and think what a life experience and what an amazing thing to have lived through.

“I mean, in the end, the football is everything. It’s why we we’re there. It’s what we’re there to do.”

On England’s chances of winning the World Cup, Southgate said: “There are some complications with how regular some of our important players are playing. There’s going to be injuries ahead of the tournament and how badly is that going to affect us? It’s pointless looking further ahead, but of course ultimately there’s no point us going if we’re not trying to win it.”

Being manager of the England team has often been referred to as the “impossible job,” but Southgate has done a pretty good job in the role, reaching the World Cup semifinal in 2018 and then the Euro 2020 final.

“There’s more expectation than when we went to Russia,” said Southgate referring to the 2018 World Cup.
“But whenever you put an England shirt on, there’s always pressure. The incredible highs that you get of leading your country to those great nights are always going to be balanced with difficult times and discomfort, and you’ve got to lead through that.”

“You’ve got to get your best players on the field in a manner that gets the best out of them. And then, of course, you have to deliver in the tournament. That’s where you’ll always be judged as an international manager.”

On their chances of winning the World Cup, Southgate adds: “There are some complications with how regular some of our important players are playing. There’s going to be injuries ahead of the tournament and how badly is that going to affect us? It’s pointless looking further ahead, but of course ultimately there’s no point us going if we’re not trying to win it.”

This article is originally published at CNN.com