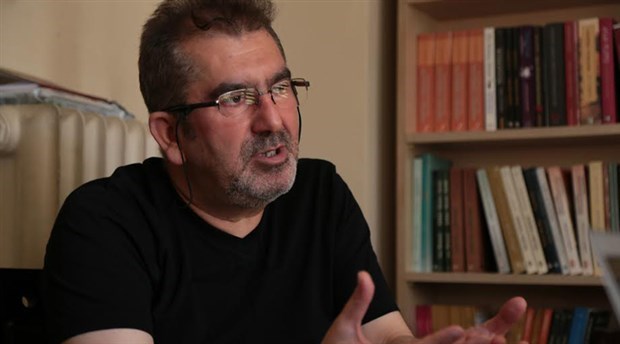 “Turkey’s presence in Syria gives the US an excuse to protect Syrian Kurds”, an Interview with Alptekin Dursunoğlu

There are signs that Turkey and Syria may be ready to repair their relationship after a decade of conflict has divided the two neighbors.

Steven Sahiounie of MidEastDiscourse interviewed Alptekin Dursunoğlu to gain insight into what might be happening between Damascus and Ankara.

Steven Sahiounie (SS): We have recently seen the Turkish leadership attempting to approach the Damascus government, even though Turkey was one of the main supporters of the US-NATO attack on Syria for ‘regime change’.  In your opinion, why does Turkey want to repair their relationship with Syria?

Alptekin Dursunoğlu (AD):  Turkey’s reversal stance is not limited to Syria. Turkey also reversed its stance against Egypt, the Emirates, the Saudis, and Israel. The Erdogan regime explains its efforts to improve relations with these countries with Turkey’s economic, political or regional strategic interests. However, the main reason for the “normalization” trend with Syria seems to be related to the interests of the AKP, not Turkey’s. There is a serious economic crisis in Turkey before the elections and the majority of the people think that the Syrian refugees are causing a decrease in their share of the shrinking economic cake. Some opposition parties also claim that Syrian refugees share the income of the people. They blame the AKP, which brought Syrian refugees to Turkey, for the current economic crisis.

Although it is a newly established party and does not say anything about any problem other than refugees, the racist Victory Party (Zafer Partisi) was the 6th party in the polls conducted in September. It is an important indicator that voters who said they would vote for the Victory Party in the next election also stated that in the previous election, 14% voted for AKP, 24% for CHP, 17% for Good Party (İyi Parti), and 9% for MHP. This social support that the Victory Party gained only through propaganda against Syrian refugees led other parties to turn their election propaganda into sending refugees back.

You are right, the armed groups in Syria have received the greatest support from the Erdogan regime since the beginning of the war. Except for the permission of the Syrian state, no foreign country has a military presence in Syria, apart from the United States and Turkey. Turkey appoints administrators and bureaucrats to the regions it controls in Syria, and opens institutions like its own land there. It pays the armed groups and uses them against the Syrian state. Although Turkey considers the armed groups that control Idlib as terrorists, it uses its bilateral relations with Russia to prevent a military operation that will bring Idlib under Syrian control.

Considering all these realities, it is difficult to see the Erdogan regime’s steps towards rapprochement with Damascus as steps in line with the common interests of the two states. Yes, it is in the interest of the two states that Turkey establishes good relations with Syria; but this was true not only now, but also ten years ago. Thus, there is no reason to believe that the Erdogan regime, which has set Syria on fire for ten years, will come closer to Damascus before the elections considering the two countries’ common interests. However, there is a realistic reason to establish propaganda superiority against opposition parties with the rhetoric “I am normalizing with Damascus, I will send the refugees back” in the elections.

SS: We have heard media reports that the AKP ruling party of the Turkish government ordered the Syrian opposition to leave Turkey by the end of 2022.  In your view, are these reports correct?

AD: The only source of this news is Sputnik Arabic service. It is a little hard to believe this news unless there is confirmation from the Syrian opposition or the MIT on this issue. Because Turkey’s expulsion of the Syrian opposition from the country may be the last step in normalizing relations with Damascus. There is no credibility in Turkey’s dismissal of the Syrian dissidents, even though there has not been even official public communication between the two sides and there is no agreement yet. However, it is clear that the opposition, who reacted negatively to Turkey’s steps towards rapprochement with Damascus, angered the Turkish authorities. MİT may have given harsh warnings to the Syrian opposition. They may have been asked to make statements that were not opposed to Ankara’s steps towards rapprochement with Damascus, but expelling them from the country does not seem to be a credible claim at all.

SS: After sending thousands of Radical Islamic terrorists to Syria through Turkey, how will Turkish President Erdogan be able to get rid of those terrorists?

AD: Of course, there is no such salvation. I think this is the main reason why Turkey insists on not allowing it, even though it is in Ankara’s interest at least as much as Damascus’s for Syria to regain its territorial integrity. At the moment, there is no foreign presence in Syria that Damascus does not want, other than America and Turkey. Syria’s territorial integrity is not in America’s interest. On the other hand, its military presence in Syria and its support for armed groups do not impose a financial burden on the United States. Because America plunders Syria’s oil and grain and both make money from oil and grain smuggling and fund the armed groups it supports.

However, the same is not true for Turkey. Turkey is feeding more than 4 million refugees scattered all over the country. In Kilis and Antakya, the refugee population has exceeded the local population. Turkey pays salaries to the personnel it employs and the armed groups it supports in the regions it controls in Syria from its own budget. Turkey meets the needs of the refugees it keeps here to prevent them from coming to Turkey. On the other hand, Turkey’s presence on Syrian territory does not bring security to Turkey, on the contrary, it gives the United States an excuse to protect Syrian Kurds. The PKK and its components, which Turkey considers terrorists, are bordering Turkey under American auspices. Because of all these, it is in Turkey’s interest, both economically and in terms of security, that Syria regains its territorial integrity and Ankara’s normalization with Damascus.

However, Turkey cannot achieve this normalization, which is in its own interest; because it does not know what to do with the thousands of armed militants and tens of thousands of family members that it has armed and used against Syria for ten years. Let’s assume that with the normalization trend with Syria, they are forgiven and accepted by Damascus. Well, what about the tens of thousands of “terrorists” in Idlib, who are on Turkey’s own terrorist list? For example, members of the Turkistan Islamic Party, both Syrian and non-Arab, and militants from the Caucasus formed a population of nearly 10,000 in Idlib. There is no choice but to kill them all or to be accepted by Syria, Turkey, Russia, or China. All of these options are next to impossible. When Turkey set fire to Syria in 2012, it thought it would only be a little affected by the smoke in its neighbor, and that the smoke would be temporary. But now Turkey is suffocating from the smoke of the fire it lit.

SS: Presently, there are heavy battles in the north of Syria between Hayat Tahrir al-Sham, formerly Jibhat al-Nusra, and other Radical Islamic terrorist groups.  In your opinion, has Turkey played a role in the divisions between the armed groups?

AD: I do not think that any military development in Idlib and the regions under Turkey’s control can take place without the knowledge and approval of Turkey.

SS: The AKP, the ruling party in Turkey, is aligned with the ideology of the Muslim Brotherhood, and have begun dialog with Damascus, and President Erdogan has said he is willing to meet with President Assad.  In your opinion, does this mean that Qatar, which is also aligned with the Muslim Brotherhood ideology, will also attempt to reach out to Damascus?

AD: Turkey had fought with Egypt, Saudi Arabia, and the Emirates over the Brotherhood and Qatar. The Brotherhood is now trashed, and Qatar has made peace with the Saudi axis, thus paving the way for Turkey to normalize with Egypt, the Saudis, and the Emirates. Ankara also has economic and mafia reasons for getting closer to the Saudis and Emiratis; however, Turkey had a partnership with Qatar in relations with these three countries. If Ankara’s rapprochement with Damascus is merely Erdogan’s electoral maneuver, Qatar may not accompany it.