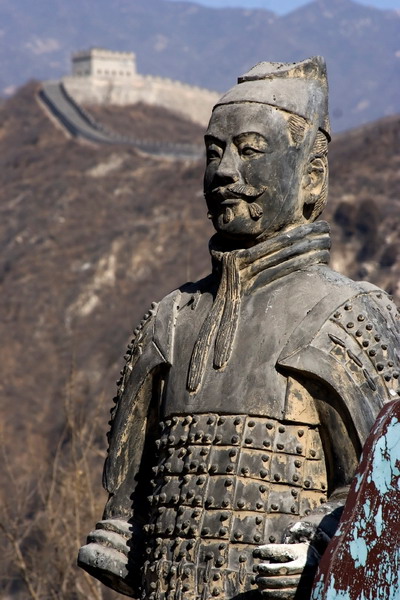 Figures of Soldier and Horses Clay in China.

A Chinese history you have never seen before

In fact, President Xi has publicly emphasized the importance of history to the country’s development on a number of occasions, urging people to pay closer attention to history and to draw practical conclusions from it.

In doing so, President Xi is following in the footsteps of the great tradition of Chinese historiography, a tradition which has recently taken shape in the form of a televisual mega project: a 100-episode panorama detailing the fascinating history of a five-thousand-year-old civilization.

Produced by China Movie Channel, “A History of China” was critically acclaimed on its debut. Starting in the mists of Chinese prehistory, this shows how the country developed into one of the world’s great ancient civilizations – and how by the beginning of the 20th century it had become a poorly developed country that could only dream of its former glories.

Visually spectacular, historical events and their significance are related in eye-catching and innovative ways, enabling viewers to witness the bloody rise of the Qin Empire that reunited the country more than 2,000 years ago, the breathtaking Silk Road that created what was then the world’s largest economy, the amazing voyages that Zheng He once embarked on. These are just a few of the interesting and thought-provoking episodes from Chinese history in store for viewers of this series.

So, to get a clearer picture of the past – and perhaps the future – now join us for “A History of China” on CGTN Documentary!