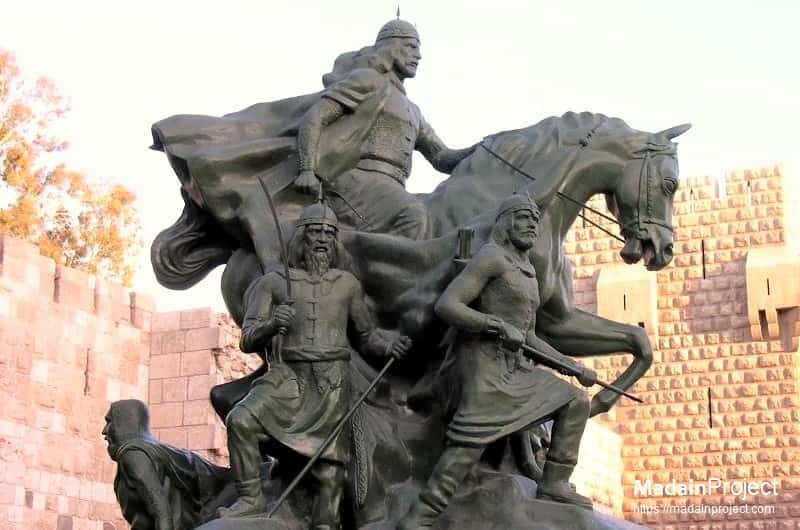 Citadel of Saladin … one of the landmarks in the Syrian coast

Lattakia, SANA-Citadel of Saladin ( Salah al-Din Al-Ayyoubi) is located east of Lattakia city , at an altitude of 410 m above the sea level.It has an area of more than 5 hectares and a length of 740 meters, setting a record as one of the largest forts in Syria.The Citadel is considered as one of the most magnificent architectural landmarks left by medieval architecture, because of its historical and archaeological value, which is attested by its immunity and the strength of its stones, in addition to its distinguished strategic location where it is surrounded by forests and picturesque landscapes with a charming view of the Mediterranean Sea, which makes it a prominent tourist destination for visitors.The structure of the castle is characterized by several styles, according to the succession of the historical eras, such as the Byzantine, the Crusader, the Ayyubid and the Mamluk. The castle, which was built in ancient times, experienced important historical events, starting with the Byzantines who occupied it in 975 AD.Later, it moved to the Crusaders, and then came the Ayyubid era, in which many of its architectural facilities are still visible until nowadays, such as the walls and some towers, the mosque and the minaret, and formed a protection place for the entire region throughout the Ayyubids era until 1260 AD and then the Mamluks came to the rule in 1272.Salah al-Din Castle was abandoned during the Ottoman era because of its mountainous location. It was so difficult to reach there, and this is what made it far from via transportation, and it remained so until the beginning of the twentieth century.The Department of Antiquities and Museums in Lattakia carried out a partial restoration of several sections of the Citadel of Salah al-Din, within the framework of efforts to protect and preserve the citadel against natural and human impacts that threaten the integrity of this landmark.The Citadel is inscribed on the World Heritage List since 2006, according to the UNESCO website.Fedaa al-Rhayiah/ Mazen Eyon

This article is originally published at sana.sy.com