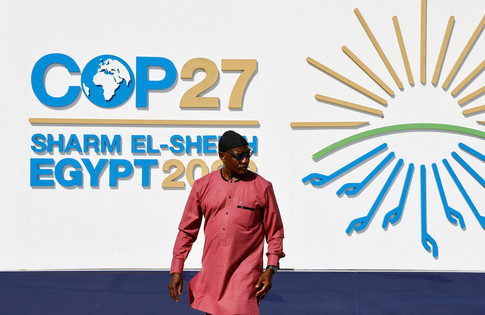 The item managed to land on the agenda even as the international community remains distracted by the ongoing war in Ukraine and rampant inflation.

Wealthy nations at climate conferences in past years have generally ruled out discussions on “loss and damage,” wherein rich nations send money to poor nations to help them cope with the impacts of climate change.

At last year’s conference in Glasgow, the United States and the European Union blocked a proposal to establish a loss and damage financing body.

Calls to put such proposals into practice have been growing louder in recent years, particularly after devastating natural catastrophes such as flooding in Pakistan, which caused an estimated $30 billion in economic losses and left thousands of people homeless.

At the opening plenary, COP27 President Sameh Shoukry said the discussion’s inclusion on the agenda, “reflects a sense of solidarity for the victims of climate disasters” and that the talks are intended to lead to a conclusion decision “no later than 2024.”

Still, it remains to be seen what concrete measures will be put into place in the coming years. Such an initiative would have step hurdles to raising cash, with western governments facing depleted resources to stave off inflation.

this article is originally published at Fox news