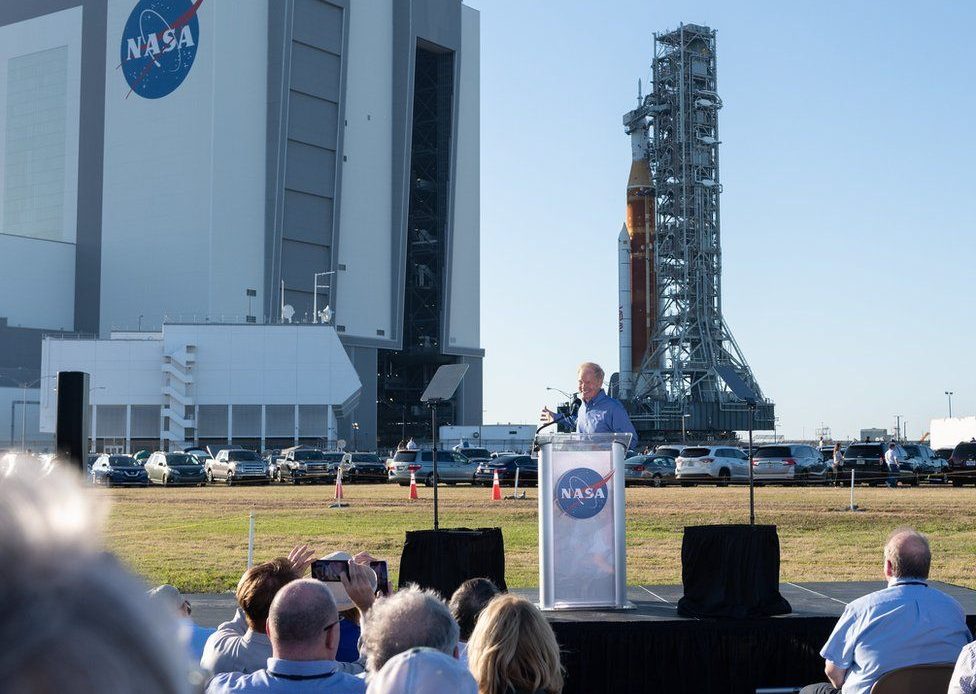 In the Arizona desert, NASA prepares for walking on the moon

One recent October evening, NASA astronaut Zena Cardman strolled through a field of lava rock in a mockup spacesuit, her eyes set on the moon-like landscape. Cardman, a geobiologist, and fellow astronaut Drew Feustel were on a mission to collect rock samples near Arizona’s SP Crater, an 800-foot-tall cinder cone that formed during a volcanic eruption many millennia ago.

NASA had seen to it that Cardman and Feustel’s nighttime trek would not be easy. Long shadows slithered across the craggy landscape, cast by an artificial sun in the form of a light moved around by a scientist. When Cardman and Feustel dipped out of the glare—meant to recreate the lighting at the lunar south pole—and entered small valleys, they could see for no more than 30 feet. The pair scrutinized the rock features under lights mounted to their spacesuits, trying to orient themselves using deliberately low-resolution maps of the area, as if they were working off images from lunar satellites. No GPS or compass bearings were allowed during their “EVA,” short for extravehicular activity. After all, neither work on the moon.

The simulated moonwalk was isolating, challenging, and disorienting—but Cardman and Feustel were not alone. A team of scientists and flight operations personnel at NASA’s Johnson Space Center in Houston, Texas, pored over maps of the volcanic crater and tracked the astronauts’ progress. Mission control then transmitted a stream of instructions and advice, all of which funneled to astronaut Kate Rubins, who served as “CapCom”: the voice in Cardman and Feustel’s ears and the pair’s main point of contact.

In October, NASA scientists and astronauts gathered in Arizona for JETT3 and D-RATS, two analog missions meant to test…Read More

“It was actually remarkably difficult,” Cardman says. “Mission control is telling us: We’re pretty sure you should see a hill in front of you, and the valley will open again. And we’re like: Maybe! Do we keep going? … Is it in 20 feet, or half a mile?”

This mission, known as the Joint EVA Test Team 3 (JETT3), was NASA’s latest simulated moonwalk under the agency’s Artemis program, which aims to return people to the moon as soon as 2025. Neither Cardman nor Feustel—nor any NASA astronaut, for that matter—has been selected for a ride to the moon yet.

The main goal of JETT3 and other analog missions like it is not to train the astronauts, but to test everything else, from the chisels the moonwalkers will wield to the documentation that scientists back on Earth will use to catalog each excursion on the lunar surface.

“The main job of an analog is … to develop and test new hardware and new ways of doing things in a really cheap, safe environment compared to space,” says NASA astronaut Stan Love, who has participated in multiple such missions. “It’s super embarrassing if you swing your geologic hammer and crack your helmet faceplate. We don’t want that to happen!”

NASA has run analog missions all over the world and has multiple purpose-built facilities for different types of testing. The Neutral Buoyancy Lab, a gigantic pool at Johnson Space Center, lets teams do full-length spacewalks underwater in pressurized suits. Johnson’s ARGOS facility uses steel cables and computerized motors to let astronauts move as if they were experiencing the gravity on Mars or the moon.

With the Artemis program underway, the space agency is spinning up its full-scale analog missions once again, with real tools, real procedures, and real mission controls. “We have done this before, but it’s been a decade,” says JETT3 participant Sarah Noble, the lunar science lead within NASA’s planetary sciences division. “This test was set up to be as real as possible.”

Preparing for Artemis also requires ironing out a new kind of moonwalk, one with science as a top priority. Apollo astronauts received extensive field geology training and the many samples they brought back changed how we understand the history of the moon, but scientists on Earth were “basically cut off from speaking with their representatives on the lunar surface,” says Love, a planetary geologist by training. Live scientific input wasn’t a priority for Apollo: The main objective was to beat the Soviets to the moon. So NASA prioritized the flight procedures of the risky mission.

Since the days of Apollo, science has become core to the U.S. astronaut program’s mission. On the International Space Station, for example, astronauts routinely run experiments, and flight operations staff allow scientists to communicate directly with astronauts in mid-mission. But that level of scientific back-and-forth is possible on the ISS only because of experience: For more than two decades, people have been living and working in the laboratory, which orbits just 250 miles above Earth’s surface.

By contrast, Artemis crews will be more than 225,000 miles away when they perform the first moonwalks in more than five decades—a far riskier arrangement. For Artemis III, the program’s first crewed lunar landing, each EVA is expected to last between four and eight hours. Mid-mission communication between scientists and astronauts during these kinds of risky situations is “a concept that we haven’t ever exercised,” Love says. “Yet we need to be able to do that in order to get the best science done in the limited time we have.”

JETT3 uncovered wrinkles that could waste precious time during a real moonwalk. On the first day, Noble and the science team gathered in a room with auditorium-style seating that faced large screens with readouts from the mission. But within minutes, scientists ran to the back of the room to huddle around a printed geologic map. The next day, the team was relocated to a conference room where they could move the tables around. “It was really interesting,” Noble says. “Immediately we walked in and were like, this isn’t how scientists think.”

A moon buggy for the future

As NASA and its international partners prepare to return to the lunar surface, they are also readying technologies that could enable a whole new era of exploration. In 2020, for example, Japan’s space agency announced that it was partnering with Toyota to build a crewed, pressurized moon rover. But before astronauts can scoot around lunar craters in a Toyota, engineers on Earth need as much data as possible on the astronauts’ needs.

So in mid-October, a team including NASA astronaut Jessica Meir and Japanese astronauts Akihiko Hoshide and Norishige Kanai participated in an analog mission called the Desert Research and Technology Studies, or Desert RATS (D-RATS). The trio of astronauts, as well as a team of engineers, lived for about a week in groups of two within a NASA test rover, driving around Black Point Lava Flow near SP Crater.

Love, who did a D-RATS mission on the same rover in 2010, says that these tests provide exacting insights into astronauts’ needs, from better navigation cameras to more robust systems for rehydrating food. At the top of Love’s wish list: a better toilet than the current model, which amounts to a series of multi-layered plastic bags. “There’s not enough Febreze in the world to take care of the odors that come with storing your own waste at room temperature,” he says.

Desert RATS and JETT3 are just the most recent analog missions in a string going back decades. In fact, for Cardman, JETT3 was a kind of scientific homecoming. Back in 2009, when she was an undergraduate student at the University of North Carolina at Chapel Hill, she had been part of the science team of a D-RATS mission. Thirteen years later, on the other side of mission control, she sees a bright future for NASA’s lunar ambitions.

“The reason that I wanted to be an astronaut was to be part of a team that’s much bigger than myself, much greater than I could do on my own—and this was such a team effort,” she says. “We’re in good hands.”

this article is originally published at national geographic.com