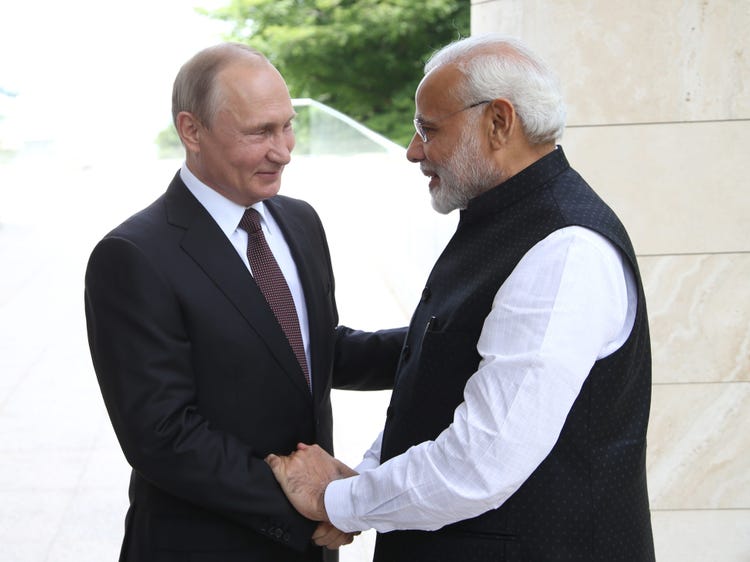 New Delhi is looking for stable energy ties with Moscow and will continue buying Russian oil to India’s advantage, Indian Foreign Minister Subrahmanyam Jaishankar said on Tuesday at a meeting with his Russian counterpart, Sergey Lavrov.

“It is our fundamental obligation to ensure that the Indian consumer has the best possible access on most advantageous terms to international [energy] markets,” Jaishankar said.

The world’s third-largest oil importer, India has started to ramp up purchases of Russian crude after Western sanctions forced Moscow to offer discounts on its exports in an effort to find new buyers.

In October, Russia overtook Saudi Arabia and Iraq to become India’s largest oil supplier, according to energy cargo tracker Vortexa. Overall crude exports to the South Asian country rose 8% month-on-month to 946,000 barrels per day, according to the report. Russia accounted for 22% of India’s total oil imports in October, exceeding Iraq’s 20.5% and Saudi Arabia’s 16%.

Russian Foreign Minister Sergey Lavrov said that Moscow may boost energy supplies to India and that both countries have “good prospects in energy cooperation,” including joint projects on nuclear energy and oil and gas development in the Arctic shelf and Russia’s Far East, referring to the Sakhalin-1 project.

Earlier, India’s Oil and Natural Gas Corporation (ONGC) confirmed that it was seeking to retain and possibly expand its 20% stake in the Russian company operating Sakhalin-1.

Speaking about mutual trade, Lavrov said that “by September, trade turnover increased by 130% compared to the same period last year and reached $17 billion,” adding that the countries will soon reach a target turnover of $30 billion annually.

this article is originally published at RT.com