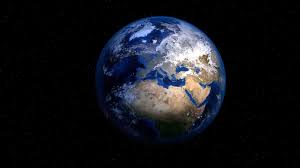 Climate Change in US Occurs at Faster Pace Than Earth Average

MOSCOW (Sputnik) – Climate change in the United States is unfolding at a faster pace when compared to change dynamics in other parts of the planet, which means that natural disasters will occur more often in the region, the US media reported, citing a new federal report released on Monday.The US has experienced warming 68% faster than the planet as a whole over the past 50 years, the draft document read.Natural disasters will occur more frequently in the US, in particular wildfires and floods, as rainfall and heat extremes are proliferating.According to the document, climate change is unleashing “far-reaching and worsening” calamities across the US, and the damage to the economy and population will only increase unless people move faster to slow global warming.A significant number of regions in the US may experience problems with access to safe drinking water, housing security and infrastructure. In addition, warming will result in new risks to public health, farming and fishing.The draft assessment was released on time for the 2022 United Nations Climate Change Conference in Egypt, while the final report will be published next year.