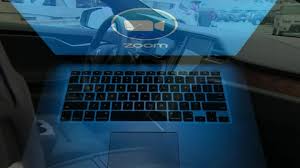 Tesla drivers will soon be able to take a video call directly from their vehicle’s touchscreen dashboard, Zoom announced Tuesday.

The video call provider announced on Tuesday during its annual Zoom (ZM)topia conference, where it typically teases new features to support remote calls, that its software is coming to Tesla (TSLA)’s built-in infotainment center. In a pre-recorded demo video shown at the event, a Tesla (TSLA) driver is seen taking a Zoom (ZM) call while recharging her vehicle.

After this story initially published, the company told CNN Business the car will need to be parked show video; when the vehicle is in motion, only audio will be enabled. The timing of the launch is still unknown, however.

The feature itself is one that Tesla has been mulling for years. In May 2020, Tesla CEO Elon Musk said in a tweet adding Zoom calls to Tesla vehicles was “definitely a future feature.” In the early days of the Covid-19 pandemic, Musk received a bevvy of tweets that requested Zoom integration; drivers argued it would give them another private space to take calls and make use of the existing driver-facing camera, present in some Teslas, and large display.

At the time, a Zoom spokesperson told pop culture website Mashable that adding support for video calls into its infotainment system would not be the safest use case because many people might attempt to use it while driving.

Zoom also unveiled at Tuesday’s event other new tools, including the integration of email and calendar services directly into the service, a conversational AI and chatbot that helps troubleshoot issues, and support for developers to monetize their apps on Zoom’s App Marketplace.

The Zoom news comes as Tesla faces growing competition in the electric vehicle market from established automakers such as Volkswagen, Ford and General Motors. Some investors have expressed concerns that Musk will be too distracted by his purchase of Twitter to give enough attention to addressing Tesla’s problems.

This week, Musk continued to sell Tesla stock for a total that now nears $4 billion since he acquired Twitter (TWTR). Tesla shares have lost 46% of their value so far this year on disappointing sales caused by supply chain problems.

Musk’s companies haven’t always had a strong relationship with Zoom. SpaceX, for example, banned its employees from using Zoom in April 2020 over “significant privacy and security concerns.”