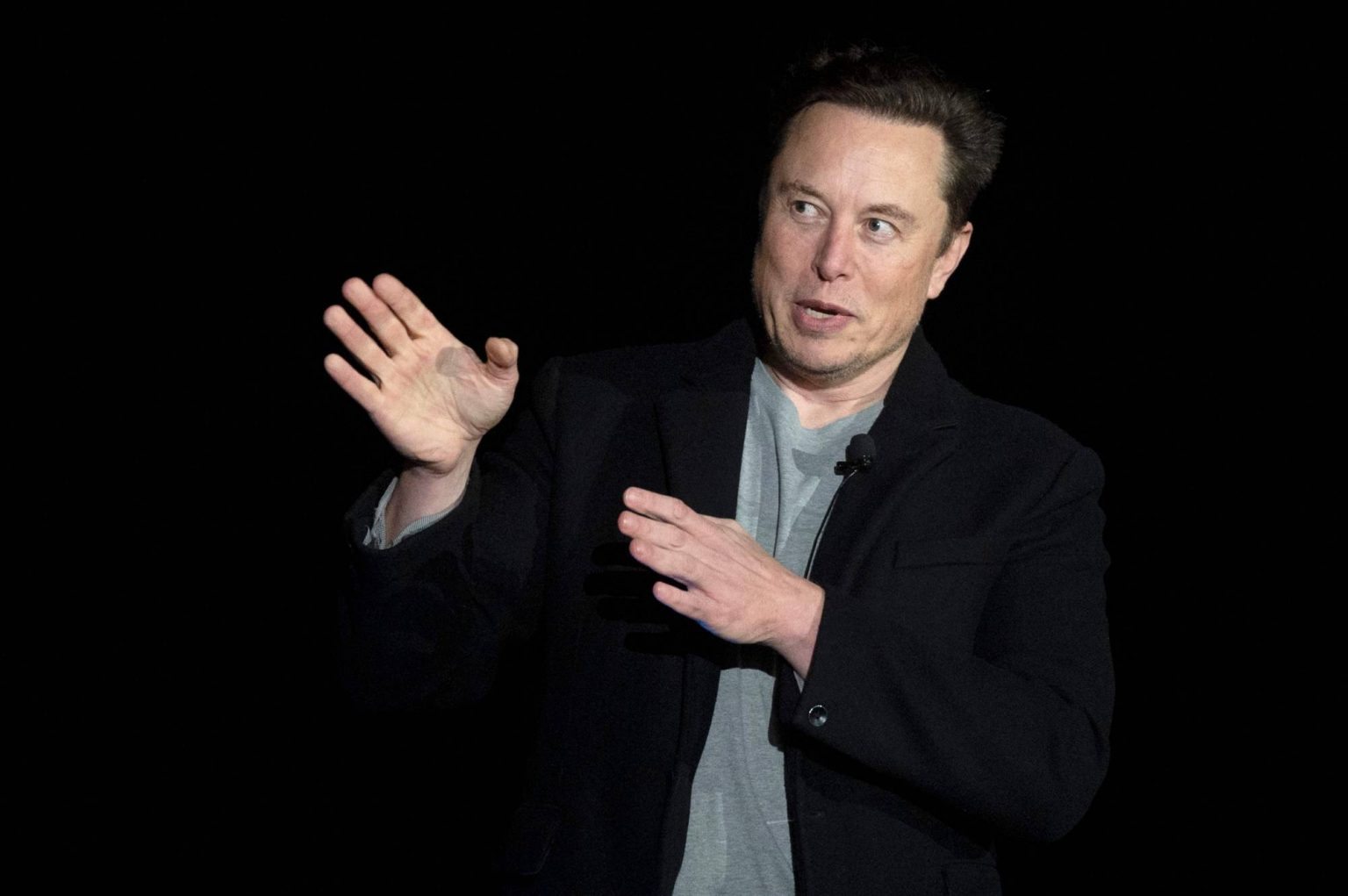 (FILES) In this file photo taken on February 10, 2022, Elon Musk speaks during a press conference at SpaceX's Starbase facility near Boca Chica Village in South Texas. - Twitter's lawsuit to force Elon Musk to complete his $44 billion buyout bid is set to go to trial on October 17, a US judge has ordered, in a case with major stakes for both sides. (Photo by JIM WATSON / AFP)

Elon Musk didn’t waste any time jumping into the Twitter fray after an apparent hack of bankrupt crypto lender FTX drained hundreds of millions of dollars from company-controlled wallets.
Just a couple of hours after the apparent hack began late Friday night, Musk tweeted “FTX meltdown/ransack being tracked in real-time on Twitter.” He also responded to a post by crypto entrepreneur Sam Altman with a raunchy meme of former FTX CEO Sam Bankman-Fried.
Around 2:30 am EST on Saturday morning, Musk joined a Twitter Space with over 60,000 listeners to discuss the hack of FTX and share his thoughts on Bankman-Fried.
“To be honest, I’d never heard of him,” Musk said. “But then I got a ton of people telling me [that] he’s got, you know, huge amounts of money that he wants to invest in the Twitter deal. And I talked to him for about half an hour. And I know my bullshit meter was redlining. It was like, this dude is bullshit – that was my impression.”
“Then I was like, man, everyone including major investment banks – everyone was talking about him like he’s walking on water and has a zillion dollars. And that [was] not my impression…that dude is just – there’s something wrong, and he does not have capital, and he will not come through. That was my prediction,” Musk added.
Musk also told listeners that they should keep their crypto in cold wallets, not in exchanges.
“I would reaffirm that, if you have crypto, you should have it in a directly-accessible cold wallet. Not in an exchange,” Musk said. “That would be wise.”
The spectacular collapse of FTX – until this week one of the largest and seemingly most regulated exchanges in the world – hasn’t turned Musk off crypto as a whole.
“I think there probably is a future for Bitcoin, Ethereum, and DOGE. I can’t really speak to the others. But if you’ve got one of those three in a cold wallet, and off an exchange, I think my guess is it works out well,” he said.

This article is originally published by coindesk.com