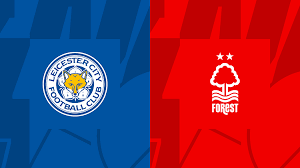 Nottingham Forest’s concerning start to the season after signing an extraordinary 23 players in the summer led to fears over Steve Cooper’s future, despite the manager hauling them off the bottom of the Championship and into the Premier League via the play-offs in a matter of months.

But the club displayed a rare show of faith in their under-fire manager by awarding him a new contract in the wake of their 4-0 defeat at Leicester.

While it would be a stretch to say Forest’s form has drastically improved since that dispiriting night at the King Power Stadium on October 3, there’s no doubt things have picked up for the East Midlanders.

Their upturn in form has not only coincided with Cooper’s new deal but also the decision by the manager to ditch his three-at-the-back formation in favour of a four-man defence.

Forest are unbeaten at the City Ground since the Welshman tweaked his tactics and have lost just two of the eight matches they have played since the defeat at Leicester.

Forest may remain in the relegation zone as the Premier League pauses for the World Cup but, thanks to home wins over Liverpool, Tottenham and now Palace in the last few weeks, Cooper and his players have started to turn around a season that threatened to be spiralling out of control.