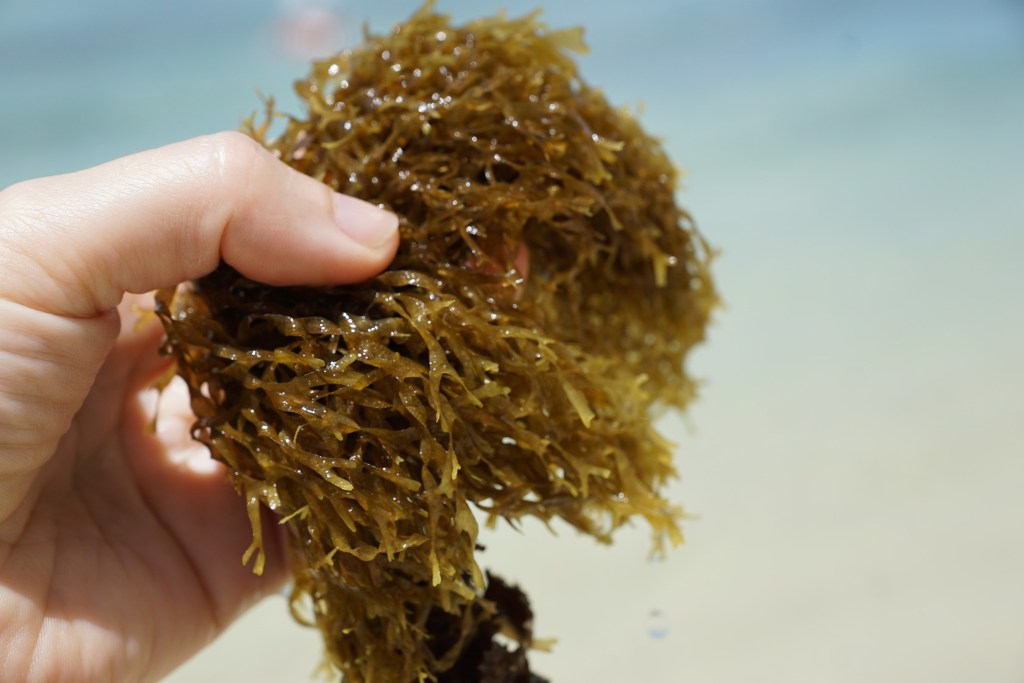 Is algae the new kale?

“It tastes like bacon. It’s crispy, and then you get this big flavor bomb,” says Beth Zotter, the CEO of Umaro foods. The San Francisco-based start-up is making bacon from an unlikely source—seaweed. Zotter is one of many entrepreneurs tapping into the potential of algae, a category that encompasses thousands of different marine species, ranging from floating clumps made of green-tinted plankton to long ribbons of kelp.

It’s a booming industry that needs to keep growing, say the scientists who think algae has potential to help feed the world’s growing population. The global population is now hovering around eight billion; by 2050, it will reach nearly 10 billion, according to the United Nations. To feed that many people, global food production would need to grow by 50 percent, an increase that would require 1.4 billion acres of land, according to one study. Cultivating that much land would make it harder to fight climate change and protect species from extinction because ecosystems such as forests sequester carbon pollution and foster biodiversity. But algae in its various forms may help fill those nutritional gaps.“This crop doesn’t require freshwater.

Doesn’t require land. Doesn’t require fertilizer,” says Charles Yarish, a professor emeritus at the University of Connecticut. “What it requires is ocean water and light.” Already, businesses are cashing in on seaweed’s potential. Seaweed is the fastest growing aquaculture sector in the U.S. By 2027, the global seaweed market could be worth $95 billion, up from $40 billion in 2020. Here’s what you need to know about algae—and the innovative ways in which it may appear on your dinner plate.What is algae? There may be as many as one million different species of algae. They can broadly be assigned to two different categories. There’s the macro algae—think large towers of kelp forming forests underwater and sargassum wrapping around the ankles of swimmers at the beach. And there’s the micro version—microscopic organisms like phytoplankton that form the basis of the world’s marine food chains. Algae’s biological makeup—the way they grow and the nutrients they contain—are what makes them attractive to entrepreneurs, scientists, and farmers. Like plants on land, they use photosynthesis to grow, converting energy from the sun and carbon dioxide in the sea and atmosphere into new plant matter. But unlike plants on land, algae don’t need to produce support structures.

“The reason algae grows so much faster [than land plants] is they’re suspended in the water. They don’t need structural materials to hold them up,” says Charles Greene, an ocean scientist at the University of Washington. Some species of kelp can grow as fast as two to three feet per day. This fast growth comes in handy when trying to absorb carbon dioxide, the world’s most ubiquitous greenhouse gas. Too much carbon dioxide pollution not only warms the planet, but it also makes the ocean more acidic and ultimately inhospitable to sea creatures like shellfish and corals—a process called ocean acidification. In the Pacific Northwest, scientists are experimenting with growing kelp to treat acidic waters.

Why is algae so good for our diets?But the real climate benefit, says Greene, comes from algae’s ability to feed the world while taking up less space than land-based crops. Algae proponents note that the U.S. alone has 4.3 million square miles of national waters that could be used for algae farming without affecting ecosystems on land. Studies have shown seaweed has major potential as a health food. It’s full of protein, fiber, rich with micronutrients like iron, and full of vitamins. And while scientists are just beginning to study the potential health benefits of microalgae, they’re finding many species are high in protein and amino acids. Both sustainable and nutritious, seaweed was described as “revolutionary” at a recent U.N. ocean conference.In an analysis published last month, Greene and his coauthors hypothesized that algae farms could produce all the protein the world will need in 2050.

“We don’t think the whole world will necessarily get protein from algae, but we recognize that we must look for alternatives,” he says. “Microalgae in the next decade is going to take off in the human food supply.”An evolving industry Seaweed has been used in cuisines around the world for thousands of years. Nori, the dark casing wrapped around sushi, was popularized by Japan when they began farming it 400 years ago.. In Hawaii, a type of seaweed called limu is an essential part of traditional diets, and Irish sea moss has been used to make pudding and beer. Today, China farms the most seaweed in the world, primarily for consumption. But in the U.S., Greene says algae began to generate interest during the 1970s, when gas shortages prompted scientists to look for other sources of fuel. Like corn, algae can be turned into ethanol and used as a gas substitute. Compared to an acre of corn, algae grown in the same amount of space can produce 10 to 100 times more fuel.“We figured out how to grow these algae pretty well.

But they’re fairly expensive to grow, and petroleum is pretty cheap,” which is why algae never took off as a fuel source, says Greene.But microalgae grown for human consumption has taken off with the meat alternatives market, as companies like Impossible Burger and Beyond Meat use plants to mimic the taste, look, and feel of meat. “I was excited by things like Impossible Foods,” says Greene. “These plant-based meat substitutes use things like soy and pea in their production, and I tell people algae is so much more nutritious. Those things are like cardboard compared to algae.”As the alternative meat market grows—one projection predicts it will be worth $12 billion by 2029—algae is poised to become a popular ingredient in bacon and burgers. Algae is being used as a valuable ingredient to improve fake meat products, including the color pigments in red algae that can mimic the color of beef, the umami flavors of algae that make fake seafood taste like the real thing, and nutrients like Omega-3 fatty acids that make food healthier. A food of the future?But while using algae to feed a hungry world may add up on paper, there are still challenges to growing microalgae at a large scale, says Liz Specht, the vice president of science and technology at the Good Food Institute, a nonprofit that promotes alternative meat products. Say you grow algae in an inexpensive container like a human-made pond, she says at some point that algae will grow so quickly and become so dense that light will no longer penetrate the pond, and growth will stall.

“You can overcome those challenges with more sophisticated bioreactors with LEDs, or if you’re piping algae through tubes with more surface area,” says Specht—but at that point production becomes expensive. New methods to continuously harvest microalgae are being developed, she notes, but not yet effective enough for a large scale. Their macro genetic cousins, however, are quickly finding room to grow. Unlike microalgae, which need more direct access to sunlight, macroalgae can grow vertically, as deep as eight feet below the surface. In Maine, the largest seaweed producing state in the U.S., seaweed production is projected to double by 2025. Maine is where Zotter sources the seaweed for her plant-based bacon— and other yet-to-be-announced meat-like products.“There’s a huge opportunity there that has been completely overlooked,” Zotter says. “Seaweed should supply the world’s future protein.”