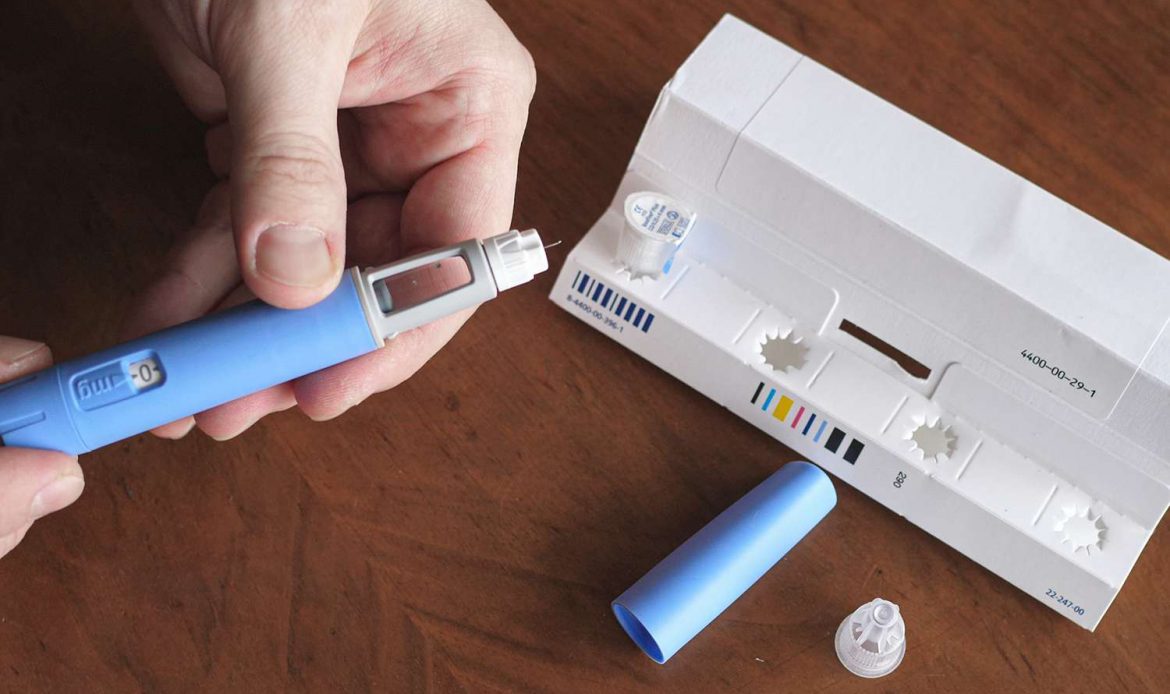 What to know about Ozempic, TikTok’s favorite weight loss drug

What is it? A medication called semaglutide, which is sold under different brand names, including Ozempic, approved in 2017 for treating type 2 diabetes, and Wegovy, approved just last year for weight loss.

The buzz about these drugs has created a shortage of both, according to the U.S. Food and Drug Administration, which is expected to last for several months—causing alarm among patients with diabetes who rely on Ozempic to help control their blood sugar. Experts caution that it’s important to understand these are not miracle drugs—and that there are risks to taking them outside of their intended use.

Here’s what you need to know about semaglutide, including how it works and the risks.

What’s the science behind the drug?
Semaglutide helps lower blood sugar by mimicking a hormone that’s naturally secreted when food is consumed, says Ariana Chao, assistant professor at the University of Pennsylvania School of Nursing and medical director at the school’s Center for Weight and Eating Disorders. This medication, administered through injection, helps people feel full for longer, helps regulate appetite, and reduces hunger and cravings.

(How psychedelic drugs can help with anxiety, depression, and addiction.)

There is significant demand for the drug. In 2019, more than 11 percent of the population was diagnosed with diabetes, while more than four in ten adults classified as obese in 2020.

Patients with type 2 diabetes often have impairments in insulin, a hormone that helps break down food and convert it into fuel the body can use, Chao says. Semaglutide signals the pancreas to create more insulin and also lowers glucagon, which helps control blood sugar levels. This can result in weight loss but experts point out that Ozempic has not been approved for that purpose, though semaglutide at a higher dose (Wegovy) has been.

Wegovy is the first drug since 2014 to be approved for chronic weight management. The difference between the two drugs is that Wegovy is administered at a higher dose of semaglutide than Ozempic. Wegovy’s clinical trials showed more weight loss but only slightly greater improvements in glycemic control compared to Ozempic, Chao says.

The FDA sees Ozempic and Wegovy as two different medications for different uses. Chao says many insurance companies cover Ozempic for diabetes but don’t cover Wegovy for obesity—a prime example of weight bias in health care. That’s why some medical providers use the two doses somewhat interchangeably, as obesity and type 2 diabetes are inextricably linked–obesity is the leading risk factor for developing type 2 diabetes.

What are the risks?
Like every medication, there can be downsides.

The most common side effects are gastrointestinal issues, such as nausea, constipation, and diarrhea, Chao says—and more rarely, pancreatitis, gallbladder disease, and diabetic retinopathy.

These drugs have been extensively studied, but their relatively recent approval means researchers still don’t know what the effects of taking them long term might be.

(This is how you should disposed of unused or expired medications.)

Continuing research is helping us understand more about what happens when people stop taking these medications—which many may be forced to do amid current shortages. Research does suggest that stopping use of this medication could cause patients to regain weight, especially if they didn’t make any lifestyle changes.