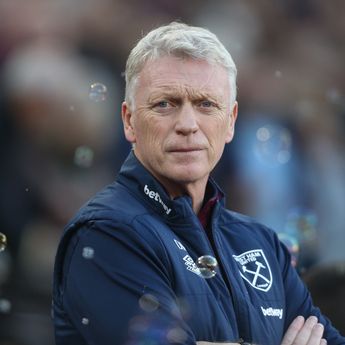 It was another frustrating afternoon for West Ham. They lost a third successive Premier League game, which leaves them hovering perilously close to the relegation places heading into the World Cup break.

But it’s hard to see how they came away without finding the back of the net. The Hammers had 18 shots to Leicester’s nine and had the same number on target (6). The big difference though lies in the 2-0 scoreline – the Foxes were far more clinical.

On paper, West Ham have formidable attacking options, but they are just not firing. Jarrod Bowen, Gianluca Scamacca, Said Benrahma and Lucas Paqueta all missed chances, while Tomas Soucek had a goal ruled out for offside.

Let’s not forget Michail Antonio – who missed the game through illness – Pablo Fornals and Manuel Lanzini are pretty handy in front of goal too. But West Ham have still scored the third-lowest number of goals in the Premier League this season.

“We’ve not got our set-pieces as good as we had or whatever it may be. We’ve had lots of situations like that, goals in open play not as regular as we’d hope. But not for the want of trying or not trying to get that to work.”

Moyes also said he would rather his side went into the World Cup break in good form. Not to question the thinking, but I would argue this has come at the perfect time for the Hammers.

They have had a jam-packed schedule, including qualifiers for the Europa Conference League, and recent results suggest the players need time to rest and recharge before another busy period of the season.

Although Moyes pointed out that he is ‘always working with the players’, the break will give them time to improve every area of their game and integrate new signings further into the squad. This will hopefully include their quality in front of goal.

Football is not a complicated game – if a couple of those 16 shots find the net, you are more than likely to take some points. Now, it’s time for West Ham to convert those into goals.