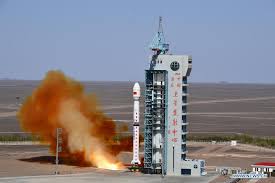 China sent a new remote sensing satellite of the Yaogan-34 series into space atop a Long March-4C carrier rocket from Jiuquan Satellite Launch Center in northwest China at 09:38 a.m. on Tuesday.

The Yaogan-34 03 satellite has successfully entered its planned orbit, according to China Media Group (CMG).

This satellite will be used in land resources survey, urban planning, crop yield estimation, and disaster prevention and control, among other areas.

It was the 450th flight mission of the Long March carrier rocket series.