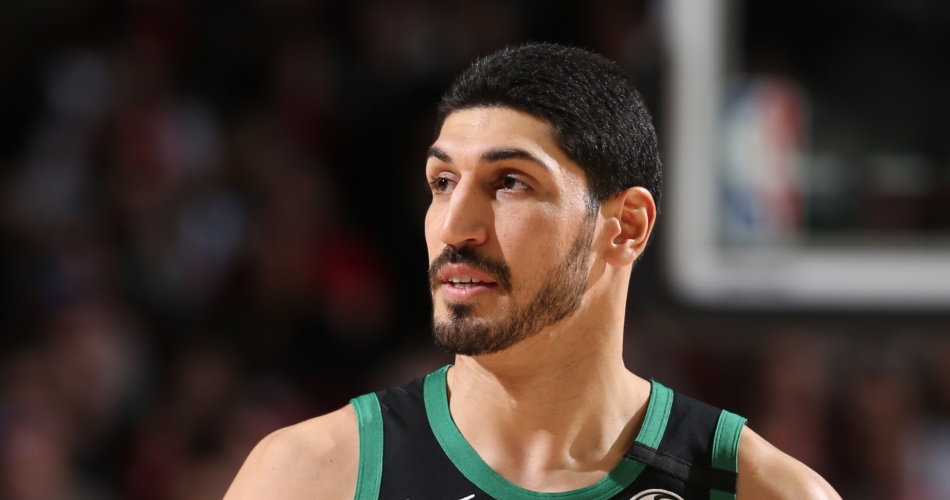 Basketball sensation Enes Kanter Freedom sacrificed his career as a professional basketball player to be a voice for the voiceless, and Thursday night he was applauded by Fox Nation for it.

Freedom was awarded the “MVP” at fourth annual Fox Nation’s Patriot Awards in Hollywood, Florida, Thursday, as he continues to advocate for those who need it most, being a symbol of peace around the globe. In the NBA and across most sports at large, the MVP title has historically been acronymous for  “Most Valuable Player.” In FOX’s court, however, it means “Most Valuable Patriot.”

“I cannot thank you guys enough,” Kanter said upon receiving the award, given to him by Fox & Friends co-hosts Steve Doocy, Ainsley Earhardt, and Brian Kilmeade. “I’m really honored and humbled to be here.”

Freedom soon recalled a moment that shocked him as a child, prompting him to open his mind to the West, and even eventually to love the United States of America.

He told a live and enthusiastic audience at the Seminole Hard Rock Hotel & Casino that, growing up in Turkey, anti-West sentiment was rampant. He cited a story in which his friends encouraged him to burn American flags and crosses, something he said was commonplace.

“They even gave me a flag to burn it, and I got so scared, I throw [sic] it down,” Freedom said. “I ran upstairs to my mom. I was like, mom, you know, this is what my friends are telling me to hate Americans, and… American people are bad, and so what do I do?”

That promise changed everything for him.

Freedom, who was born in Turkey, has undergone a tumultuous journey since first speaking against human rights abuses around the world.

He has been targeted by the Turkish government for his outspoken nature and was dropped from the Houston Rockets this year, but the pushback hasn’t stopped him from advocating for those who need it most.

“Whatever happens in life, always stand for the truth. Stand for justice and stand for whatever you believe in, even if it means sacrificing everything you have,” Freedom, who has spoken out against human rights abuses at the hands of the Chinese Communist Party and has raised awareness surrounding the mistreatment of Uyghurs, Tibetans, Hongkongers, and Taiwanese, said Thursday.

In 2021, he took his activism to new heights when he became an American citizen, even changing his name to “Freedom” to honor his deeper life purpose.

“The reason I wanted to add “Freedom” behind my jersey was to remind every child in America how blessed they are in the best place in the world,” he said.

“I believe America is going to have even better years going forward. That is giving me so much motivation to fight for what’s right. I represent freedom. That’s, like, the best thing that I could do.”

Freedom said he hasn’t seen his family in nine years, but quickly noted everyone in the room would now fill that void.

“Last time I saw my family was nine years ago,” Kanter said. “I talk about the problems were [sic] happening in China, pretty much lost my career… so the one thing that I always do that I used to pray every night and say, ‘God, please, just let me see, let me see my family one more time.’”

“But now I came here and see you guys,” he told the crowd.

Fox Nation programs are viewable on-demand and from your mobile device app, but only for Fox Nation subscribers. Go to Fox Nation to start a free trial and watch the extensive library from your favorite Fox Nation personalities.