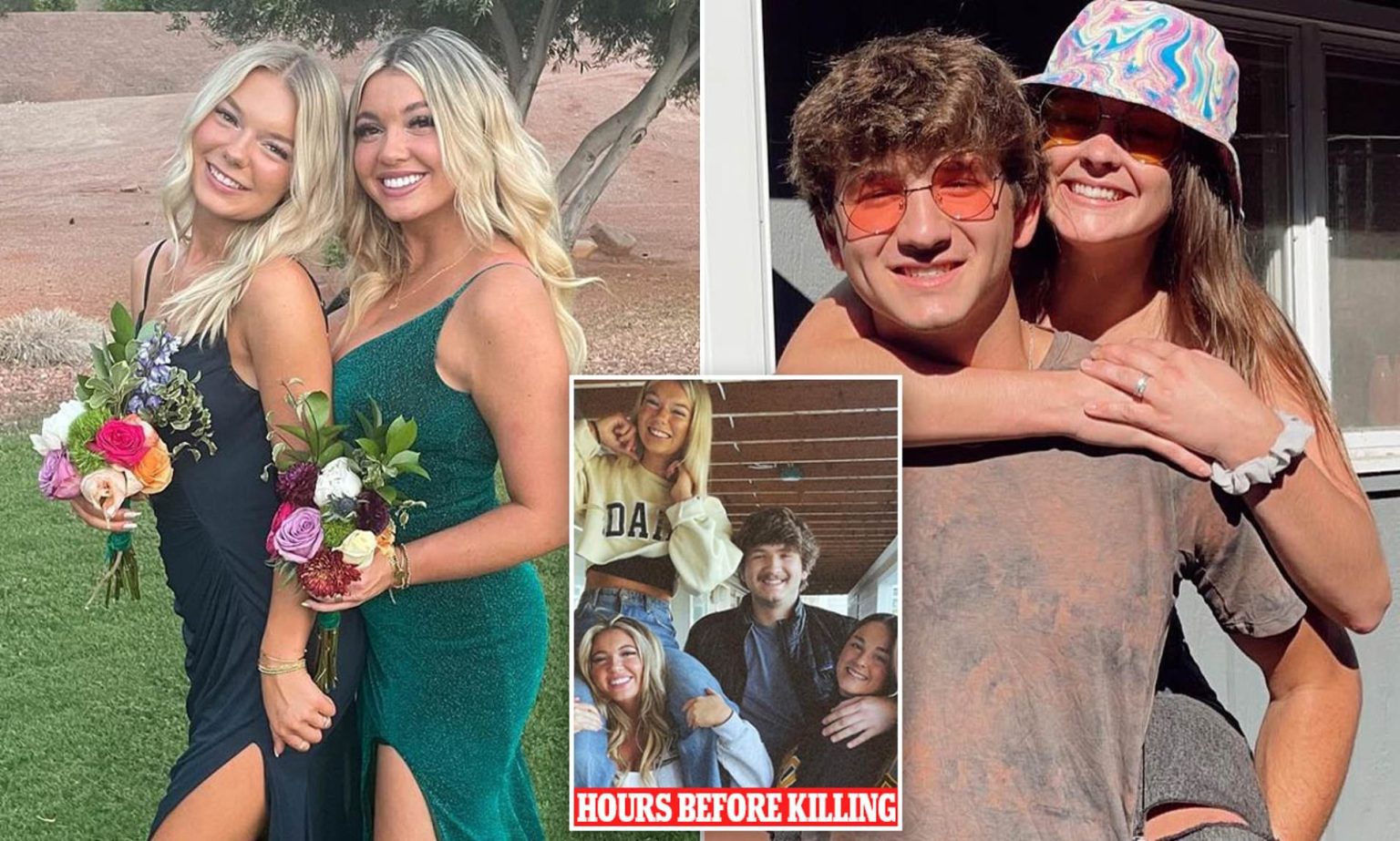 Idaho murders: Sister of slain student says ‘no one is safe’ with suspect at large

The sister of Kaylee Goncalves, one of four University of Idaho students murdered early Sunday, urged students to flee the small college town as long as the suspect in the killings remains at large. “To the students of the University of Idaho that are still staying around campus, leave. Your grades are severely less important than your lives,” wrote Aubrie Goncalves in an Instagram post Wednesday.”No one is in custody and therefore no one is safe,” she warned.Police have not named any suspects or persons of interest in the gruesome murders of Goncalves, 21, Ethan Chapin, 20; Xana Kernodle, 20; and Madison Mogen, 21.

“You guys are not safe until this sicko is found,” the post continued. “If the person who did this is capable of killing four innocent people, they are capable of killing more. The last thing I want is to have another family experience what I, and my family is experiencing now.”Aubrie dismissed online rumors that the students overdosed on drugs and called the accusations “extremely hurtful.”

Aubrie dismissed online rumors that the students overdosed on drugs and called the accusations “extremely hurtful.”

In a tribute to the slain victims, Aubrie vowed to ensure their killer is brought to justice.

“I am so sorry you guys were taken so young,” she wrote. “I promise each and every one of you, I will do everything in my power to help find, and put your murderer in prison to rot for the rest of their life.”

Kaylee was one of five children. Another sister, Autum Goncalves, blasted police for initially calling the killings an isolated, targeted attack that posed no threat to the greater community.

“This person is dangerous, and he is not in custody!!! how police say ‘no threat’ MAKES NO SENSE,” she wrote. “They were fighters and this STILL happened. no one is safe, please get your loved ones home.”

Jazzmin Kernodle remembered her older sister, Xana Kernodle, and her love of dancing.

“She had the best friends in the whole world, and all she wanted to do was live life to the fullest,” Jazzmin wrote on Instagram. “She was always the life of the party and was a dancing queen. I could go on and on, but she truly was a once in a lifetime [sic] type of person.”

Moscow police discovered the gruesome scene Nov. 13 after responding to a 911 call reporting an “unconscious individual.” Authorities didn’t disclose who made the call but said they believe the students were stabbed to death between 3-4 a.m.Moscow Police Chief James Fry said at a press conference Wednesday that the four victims lived with two female roommates, who were in the home at the time of the attack.

Fry walked back earlier statements from his department assuring the town of 25,000 that the suspect posed no danger to others.

“We do not have a suspect at this time, and we cannot say there is no threat to the community,” he said Wednesday. “We need to be vigilant. We need to watch out for our neighbors.”

Many students left campus early before Thanksgiving break after the tragedy.

Local authorities have partnered with state and federal law enforcement offices on the case and are asking anyone with information to contact the Moscow police at 208-883-7054.