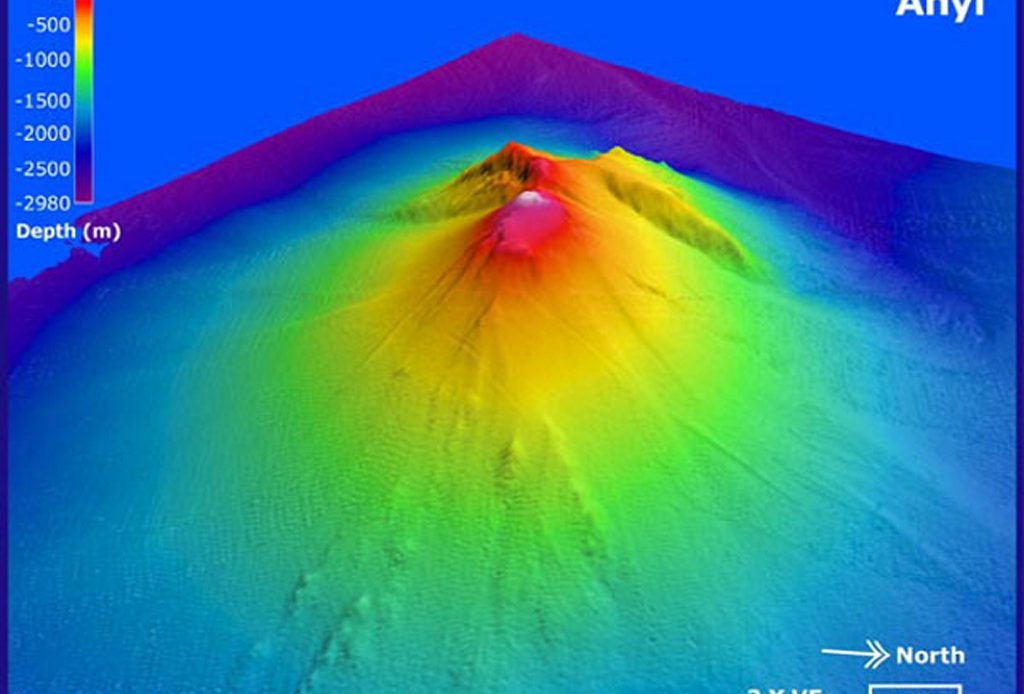 A large submarine volcano is likely erupting deep beneath the Pacific Ocean.

However, scientists don’t know for sure because the Ahyi Seamount is so inaccessible.

Located in the U.S. Commonwealth of the Northern Mariana Islands, the U.S. Geological Survey said Monday that all indications point to the volcano beginning to erupt in mid-October when hydroacoustic sensors at Wake Island began to record signals consistent with such activity.

In collaboration with researchers in Tahiti, combined analysis of the signals with data from seismic stations in Guam and Japan suggests that the source of the activity is at or near Ahyi Seamount.

Satellite imagery from Nov. 6 shows discoloration on the surface of the ocean at the volcano’s location. Water discoloration has been observed over the submarine volcano during previous periods of activity.

While the hydroacoustic signals are ongoing at this time, the number of events being detected has declined in recent days.

The United States Geological Survey says there’s nothing that presently suggests the potential eruption will intensify, mariners should avoid the immediate area.

However, there are no local monitoring stations near Ahyi Seamount – something that limits the ability to detect and characterize volcanic unrest there.

The Ahyi Seamount is a large, conical volcano that rises to within 259 feet of the sea surface.

The Northern Marianas are about 3,800 miles west of Honolulu.

The seamount is part of the Mariana Volcanic Arc, which is a chain of over 60 active volcanoes stretching over 600 miles west of and parallel to the Mariana Trench, the world’s deepest point.