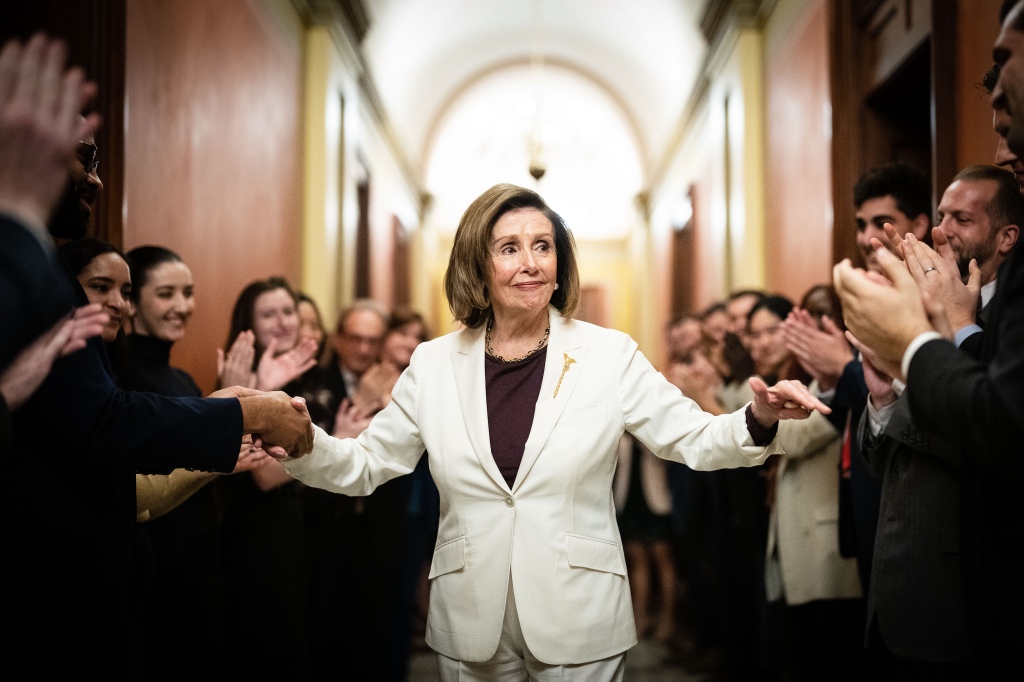 A top aide for House Speaker Nancy Pelosi, D-Calif., is getting chewed out by critics after he tacked a reporter who accurately revealed the top Democrat’s plans ahead of Thursday’s speech.

Pelosi announced from the House floor that she will not seek re-election as leader of the House Democratic Conference after nearly 20 years at the helm but will remain in Congress to help support a new generation of leadership.

On Monday, Puck News writer Tara Palmeri shared her scoop revealing Pelosi had made her decision to step down and to pass the torch to Rep. Hakeem Jeffries, D-N.Y.

“Nothing in this reporting is correct,” Pelosi deputy chief of staff Drew Hammill told Palmeri at the time. “As the Speaker just stated yesterday on national TV, she will make a decision once all the votes have been counted. She’s not even thinking about her future at this moment.”

Hammill further took aim at Palmeri on Twitter even before Puck News published her report, attacking her credibility on a story that was ultimately correct.

“Always something to hear from @tarapalmeri from @PuckNews who has zero sourcing in Pelosi world but is constantly trying to break news nevertheless. Since she rarely includes my responses, I’ll go ahead & tweet before she posts as yet again nothing in her reporting is correct,” Hammill wrote on Monday before . “I don’t know who reads @PuckNews let alone pays for it, but I wanted to get ahead of @tarapalmeri ‘s latest typo-ridden Pelosi scoop to let everyone know that it’s complete trash just like the last ones. That’s all.” “touched a nerve…” Palmeri replied.

Hours before Pelosi gave her speech, Palmeri reported what the speaker ultimately shared in her speech, which was, again, attacked by Hammill. “I hate to break it to my favorite reporter but the Speaker took two versions of her speech home last night as has been reported. Anybody who tells you they know what she will do is a liar,” Hammill wrote. “You’re right Drew, her staff doesn’t know,” Palmeri responded, to which Hammill replied, “And you don’t either.”

This article is originally published at foxnew.com