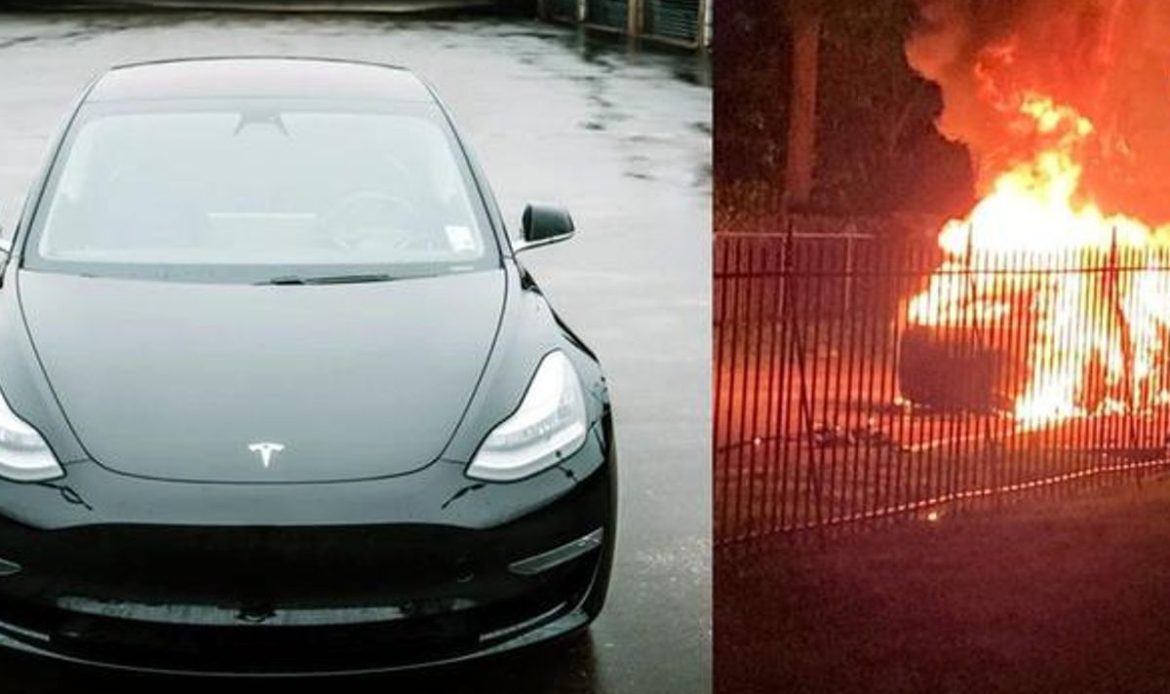 A Tesla burst into flames on a Pennsylvania highway late Tuesday morning, burning so hot as to only be recognizable by its rims, firefighters said. Multiple fire departments were dispatched to a vehicle fire at Mile Marker 137 on Interstate 80 Westbound in Cooper Township just before 11 a.m. Tuesday.

The daughter of the couple driving the car told WTAJ they were driving their Tesla Model S when a “large piece of debris” went underneath the car, causing it to begin to smoke. The couple, identified as “Michelle and Bob,” pulled over and got out of their car. Neither were injured.

Firefighters spent around two hours extinguishing the flames as the vehicle would continue to reignite and burn fierce at times, the Morris Township Volunteer Fire Company said.

The fire company said the vehicle burned so hot for so long that if not for the rims, they may not have known it was a vehicle.

Crews worked to extinguish the flames until Bigler Boyz removed the vehicle from the roadway.

Columbia Volunteer Fire Company said it was the first known Tesla fire in the area.

FOX Business Digital has reached out to Tesla for comment.