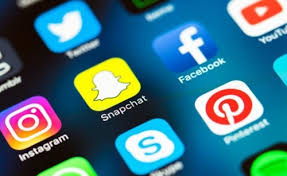 Twitter users have been wondering whether a surge in new fact-checks of progressive figures is part of a new egalitarian business model for Elon Musk’s social media site, which has previously been slammed for targeting conservative accounts before going private. Many on the political left and in the media expressed strong displeasure at the idea of Elon Musk taking control of Twitter. But one apparent change noted by many since it became official on Oct. 26 is an uptick in fact checks of liberal politicians like Joe Biden and Elizabeth Warren. Additionally, false claims about Republicans, such as one implying racism against Virginia’s Republican Governor Glenn Youngkin, have also been debunked.Beverly Hallberg, the president and founder of District Media Group, told Fox News Digital that Elon Musk’s takeover of Twitter is off to a rocky start, with neither the right nor the left completely satisfied with his management. However, such unhappiness, she said, may actually be a win for the middle. “What we’re seeing right now is Twitter trying new features; charging for blue checkmarks, for example, and relaunching Birdwatch, a crowdsourced fact-checking program. It’s giving users more choice in how they want their Twitter experience to be, and for the free market lovers that should be viewed as a good thing,” Hallberg added. Conservatives have long complained that fact-checking organizations skeptically look at Republican claims while often ignoring questionable comments from liberals and Democrats. NewsBusters Executive Editor Tim Graham on Sept. 28 published a study on the first year of Biden’s presidency. He found that “Biden was fact-checked 40 times, while Biden critics were checked on 230 occasions,” a disparity of six-to-one.

“Elon Musk’s leftist critics hate his takeover because it has the potential to be objective and put ‘context’ on both sides, when they arrogantly believe that all the truth is on their side, and that it’s ‘both-sidesism’ to correct a leftist,” Graham told Fox News Digital.

Community Notes, formally called Birdwatch, is an initiative that adds reader-driven “context” to questionable assertions. Townhall.com reporter Mia Cathell on November 2 commented on how things have changed since Musk took over.

Perhaps the most famous example of Musk’s influence on Twitter was when the White House on Nov. 1 tweeted, “Seniors are getting the biggest increase in their Social Security checks in 10 years through President Biden’s leadership.” That tweet was flagged with a note explaining, “Seniors will receive a large Social Security benefit due to the annual cost of living adjustment, which is based on the inflation rate.”After widespread derision for the claim, the White House deleted the tweet on Nov. 2, calling the original post “incomplete.”Sen. Warren tweeted on Monday, “Let’s be clear: President Biden has the legal authority to cancel student debt. Republican officials need to get out of the way, so Americans can get this much-needed relief.”

Twitter flagged the statement, noting “readers added context they thought people might want to know.” This included two articles from PolitiFact disputing the claims from the liberal stalwart. One of the articles explained, “Experts disagree on whether the president can authorize widespread debt cancellation through an executive order.” Another noted that “the 8th Circuit Court of Appeals in October temporarily blocked the student loan forgiveness program in response to an emergency motion.”Liberal podcast host Brian Tyler Cohen has over 580,000 followers on Twitter. His bio boasts of “over one billion views on YouTube.” On Wednesday, this influential figure tweeted out a false attack on Youngkin: “Virginia Governor Glenn Youngkin (R) has introduced a new elementary history curriculum that removes all mentions of Dr. Martin Luther King Jr.”

Twitter added this note to Cohen’s tweet: “According to the document linked below, pages 2, 22, 23, 38, and 48 all contain reference to Martin Luther King and other African American leaders as part of the Virginia elementary history curriculum.”

Graham, speaking on the fact-check of Cohen, said that Twitter’s new methodology of adding context to tweet’s appears to be a departure from many fact-checking websites, which often use “elastic judgment.”

“Twitter’s notes on the Brian Tyler Cohen quote are phrased factually, without opinion. That would be a departure from many liberal fact-check websites like PolitiFact, which too often use elastic judgments to describe ‘technically correct’ statements as ‘Mostly False,’” he said.

Indeed, Birdwatch takes an approach to fact-checking that relies on a consensus from a variety of engaged Twitter users to decide which tweets need additional context and what that context is. This is different from most other fact-checking programs which rely on professional journalists from major media outlets. Musk has said of the new, user-generated flagging system: “The community notes feature is awesome. Our goal is to make Twitter the most accurate source of information on Earth, without regard to political affiliation.”Little over a week later, he offered further information about the purpose behind Community Notes: “As Twitter pursues the goal of elevating citizen journalism, media elite will try everything to stop that from happening.” Musk concluded, “Mainstream media will still thrive, but increased competition from citizens will cause them to be more accurate, as their oligopoly on information is disrupted.”

Birdwatch started before Musk, as a small program in January 2021, but is now open to any Twitter user interested in signing up. More recently, the number of Birdwatch posts by numerous anonymous volunteers seems to have jumped.

New participants must earn the ability to write their own notes by first submitting their own personal ratings of notes that seem to be in line with previous consensus. Birdwatch participants can lose their earned privileges when their peers give them poor ratings on their posts’ helpfulness to others. All Discord chats between Birdwatch note givers are private.

The Birdwatch code and associated data is open-source, and is currently being studied by researchers.