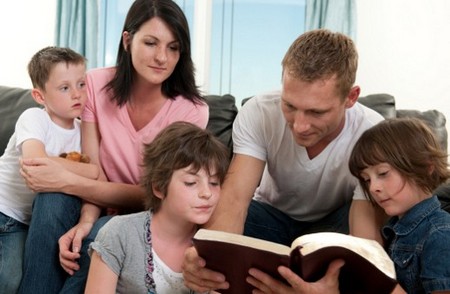 With Thanksgiving nearly here and Christmas following quickly after, parents hope that their kids will not only receive — but give during this holiday season.

“With my grandkids this year, I feel a little anxious because they’re already focused on presents — but I am more concerned with what will they give, what will they appreciate, what they will remember about this holiday season,” a grandmother of four from Prescott, Arizona, told Fox News Digital.

Meanwhile, a Boston-area dad said that he finds a focus on giving happens “at stoplights in the car, while driving between school and home.”

“I know in our family we need to focus more on gratefulness and giving, but there are only so many hours in a day and the topic always feels vague,” the father of two teens told Fox News Digital.

“I usually talk about gratefulness and giving back when I am frustrated by their constant requests for things,” he said.

One psychologist in Pittsburgh, Pennsylvania, said there are many benefits for kids when they become givers to others — and benefits as well for those who feel gratitude.

Research has proven that the more we “focus on the positive areas of our lives,” the happier we feel, and the more easily we are able to “bounce back from distressing situations,” Dr. Natalie Bernstein told Fox News Digital via email.

Research has also shown that “simple acts of gratitude” can lead to a more positive attitude, better health and a reduction of depression and anxiety, she noted.”The holidays can be a time of the ‘gimmes,’” she continued.

Giving to others “doesn’t have to be monetary,” she said.

“Volunteering your time as a family can help develop this concept of giving back,” she added.

While giving to others is important, being appreciative of what we have also develops character, said Bernstein.

Gratitude is “something that can be practiced all year ’round,” said Bernstein.

“One of my favorite ways to develop gratitude practice at home is through a practice called, ‘What Went Well.’”

Noting that this is “an easy game to play in the car or at dinner” and that it takes only a few minutes, Bernstein said someone starts the game by naming “something they are grateful for that day” — and then everyone else, in turn, shares what they’re grateful for, too.

“The Giving Book” has a place for a child’s photo and name as “co-author,” on the cover, she noted.”By having a child write their name on the cover and put their photo there, it’s all about them — what they do, what they feel and what they can imagine,” said Sabin.She hopes the book encourages a child’s “wishes and dreams for others, and for the world around them.”

Sabin said, “Many of the topics I take on, including charity and gratitude, can often be presented in an academic or ‘righteous’ way.”

She said her task with a book for kids about giving was, “How do I create a journey that brings children along, so that they come to conclusions themselves?”

The way to introduce the concept of being a giving person is to ask a child, “What are you thankful for?” she said.

“If you’re thankful for it, it’s an easy step to understand that others probably are, too.”

There’s empowerment for children in thinking about their skills, talents and abilities as “something to share to benefit others,” said Sabin, or to “benefit their community.”

She added, “You see something on a hiking trail, you clean it up, and you did something positive. There is a definite sense of accomplishment in giving, even with small things.”

Sabin said that a “top tip” for raising a giving child who is also a confident citizen is positive reinforcement.

“Praise your kids for the good deeds they have done,” she said.

If someone wants to raise academically successful children who are leaders, studies show that “hooking them early on giving back” is a path to success, she noted.

“Maybe you’re reaching out and calling your grandmother, who’s lonely, for the holidays — that’s giving,” she also said.

“When you’re picking up litter, that’s giving,” she also said.

“Giving takes so many forms.”