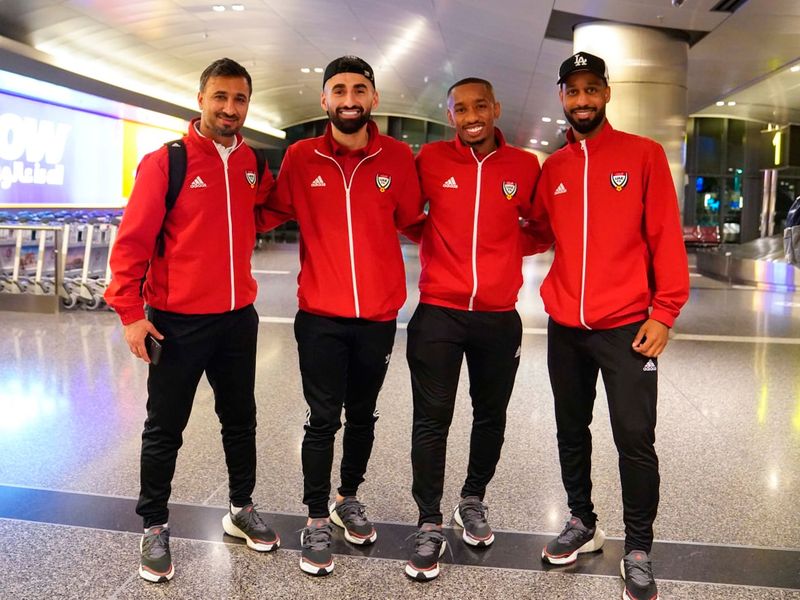 Despite Qatar’s poor human rights record and all the controversies surrounding these games, 32 teams from around the world, including Canada, will play 64 games in eight stadiums in and around the city of Doha. Ahead of the tournament, here’s a look at the fans, the teams and more.

Canada’s Atiba Hutchinson, left, and Milan Borjan arrive with other team members in Doha on Friday. It’s the first time in 36 years that Canada has qualified to play in the tournament.

The bus for Team Germany is seen during the arrival of team members at Zulal Wellness-Resort in Doha on Thursday.

A member of the Argentine team looks out a window of the aircraft featuring a picture of Lionel Messi, in Doha, on Thursday.

Uruguay fans roam the streets with flags and scarves at Souq Waqif on Thursday.

Supporters from Tunisia pose for a picture at Souq Waqif on Wednesday.

Mexico fans wander the streets at Souq Waqif on Thursday.

A statue along the Corniche, Doha’s waterfront promenade with sweeping views of the Qatar capital, is seen on Wednesday.

One of many World Cup statues in Souq Waqif pictured on Tuesday.

An art installation is seen ahead of the World Cup.

Among the giants in soccer world

A large picture of Canada’s forward Jonathan David is displayed on a building in Doha on Nov. 8.

Brazil’s Neymar is pictured on a building in West Bay in Doha.

An image of Salem Al-Dawsari of Saudi Arabia adorns a skyscraper in West Bay on Nov. 14.

People stand next to the countdown clock at the Corniche in Doha on Nov. 13.

Promotional banners in the Msheireb area in Doha on Wednesday.

A street decorated with national flags in Doha on Nov. 7.

In an about-face, Qatar has banned the sale of beer at the World Cup, two days before the opening game. The country doesn’t ban liquor outright, but alcohol sales are heavily restricted. Here, people gather during opening night of HIDE club at the InterContinental Doha where beer is typically available in hotel bars.

This article is originally published at cbc.com